With the H-alpha filter on my ZWO ASI1600MM Pro, it was time to hunt down some emission nebulae.  Fog rolled through in the early evening, but I figured it would clear out soon, so I set the sequence in Sequence Generator Pro to keep trying every 10 minutes for the rest of the night.  Before I could fully get rolling, though, the wifi card in my Microsoft Surface 3 tablet died again (I've been having some kind of driver issue), so I had to reboot the whole thing so that I'd be able to check in on its progress from inside using TeamViewer.  Once I got it back up and running, I went inside to make some waffles for dinner.

I checked in on it before I went to bed around 10 PM -- I had an early start the next morning for the Mercury transit! -- and I saw that the plate solver image stars were way out of focus!  I thought I left this thing in focus last night!  I must have not pushed the camera all the way back in after I took it off to test my home-built solar filter cell.  So I ran outside to re-focus it using the star Aldeberan, and then re-started the sequence.  It began to center on the Bubble Nebula, but then when I checked again a short time later, it was still centering, and I couldn't see the open cluster M52.  Then I realized that it had actually already moved onto the next target, the California Nebula.  Oh well.

The California Nebula was an exciting target, however -- despite its large, diffuse size, I could see it in the 10s plate-solver exposure!  How exciting! 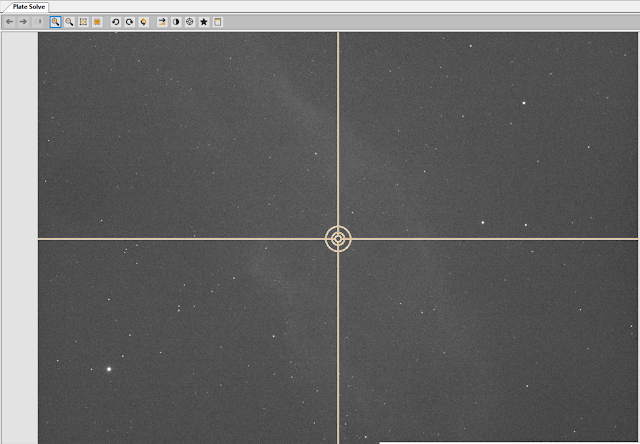 I can't get the whole long, narrow nebula into my refractor's field-of-view, so I'm imaging just part of it.  But it should still make a nice image.  Here's a 10-minute subframe: 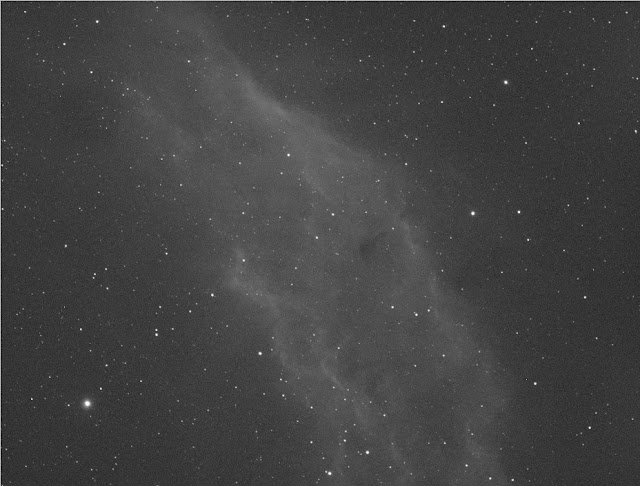 It really pops out in H-alpha.  For comparison, here's a color image, even with my light pollution filter, that I took last week: 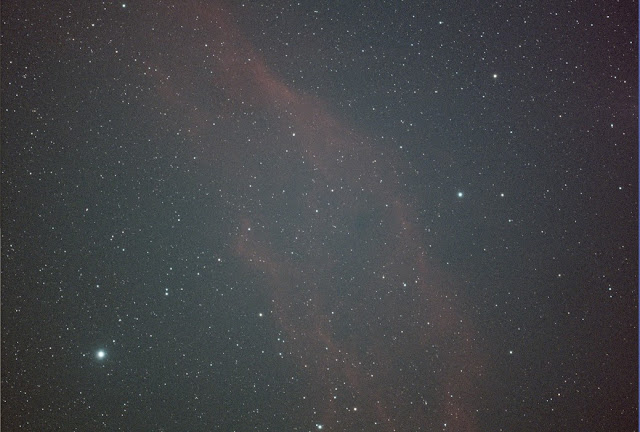 And, for another interesting comparison, here's the same nebula through just a luminance filter, which I messed around with for interest's sake while I was waiting for my new Astronomik CLS-CCD filter, with the same stretch settings as the above image: 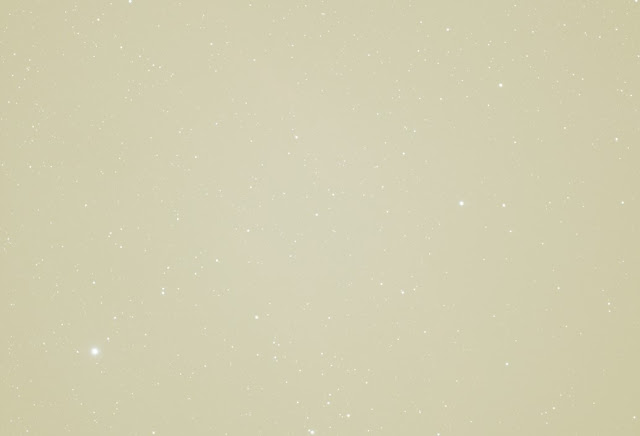 Makes a heck of a difference, doesn't it??

Tomorrow is the Mercury transit, and I'm all ready to roll!  Got all my gear staged in the living room to load the car in the morning.  The forecast is looking pretty promising -- maybe just a few clouds, but mostly clear where I'm headed to on the other side of the Berkeley hills at Pleasant Oaks Park to meet up with the Mount Diablo Astronomical Society.  Get excited!

Posted by AstronoMolly at 2:49 PM