It cleared up Tuesday night, so I just had to go out!  It doesn’t get dark enough until 10:30 PM, however, so I didn’t have a whole lot of time.  I haven’t gotten a proper image of the Lagoon Nebula before, since it’s bigger than the FOV of my SCT, so I decided to image that instead.  As is usual for the memorial scope, it looked fantastic, and stacked even better. 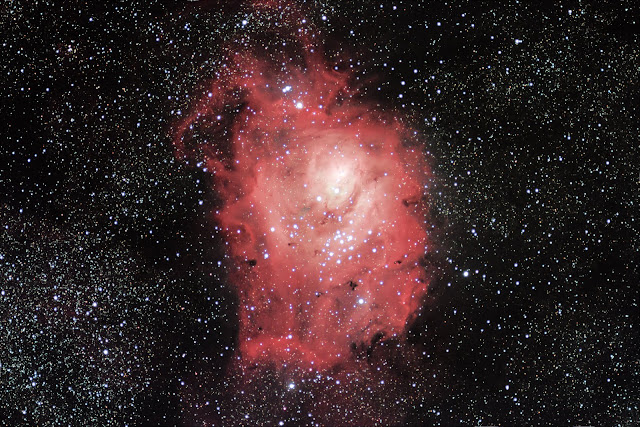 Table of Contents
Posted by AstronoMolly at 9:34 AM No comments:

At Members Night - once it got dark-ish (9:45 PM), I snagged a few people who were interested in seeing the astrophotography demo I had planned.  Despite the clear sky and fantastic weather, not a whole lot of people came to this Members Night, so the three people I grabbed were all totally new, so I probably flooded them with too much info.  But hey, you also just learn through repeated exposure.  On the memorial scope, I showed them how to attach the camera and guide camera and how to guide.  Two of the people were young girls, someone’s kids, and one of them was interested in how I process my photos, so I pulled my laptop out of the car and showed her that as well.  After they left, I set up the memorial scope to image M101, since the Milky Way objects were still going to be too low (10-17 degrees) by 10:30 or 11.  I grabbed about 20 frames on it before packing up, since I needed to get Miqaela home, and I probably shouldn’t be staying out too late while my body is still focused on healing [I had jaw surgery May 31st, hence the long break after the Texas Star Party].  I actually had much more energy than I thought I would, especially after going out and doing stuff earlier that day, so that’s good.  Miqaela got some data on the Sombrero Galaxy and the Dumbbell Nebula.  We still need to find a way to attach her 50mm guide scope so she can guide, but we’re working on it.  By the way, tracking on the memorial scope was great (took a 1-minute sub of the Ring Nebula as an example during the demo, and it was rock solid with no guiding – was having some noise issues on the QHY5), and guiding was even better – look at this graph! 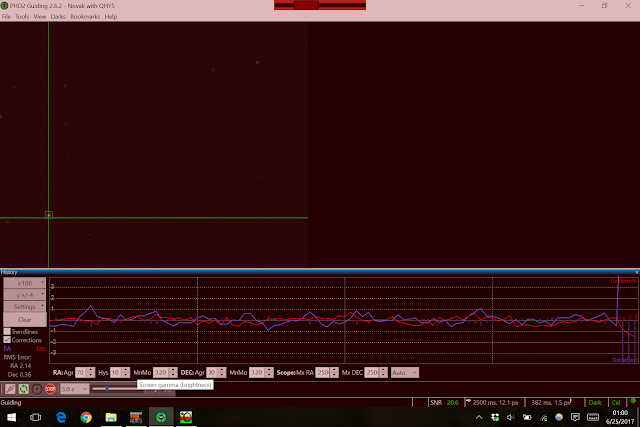 I need new flats for that scope, though, so sometime I’m just going to have to go out there during the day, or get out there early and remember to take them.  It’s got some dust that needs to be accounted for. 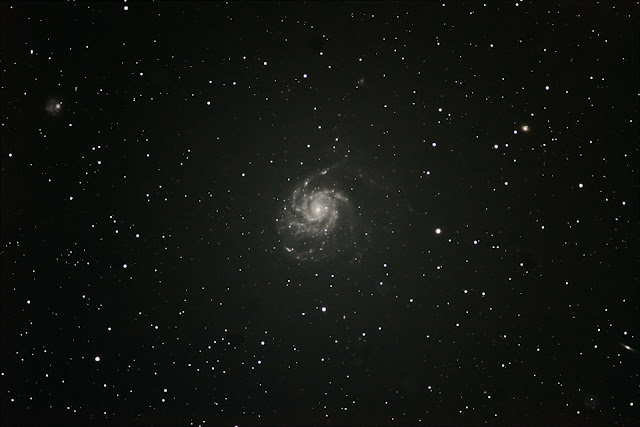 M101 was a nice size for the Vixen (most galaxies would be too small for that FOV), and you can see several other galaxies there too.  White balance is really hard to the CLS filter, but I was at least able to get the galaxy to turn out white with red splotches, if not blue and yellow, which I think is more accurate?  Anyway, I love how nice and round the stars are on that refractor…and such a flat field, all the way to the edges!  Can’t wait to do some Milky Way stuff here soon.  I only stayed out until about 1:30 AM, unfortunately.

Table of Contents
Posted by AstronoMolly at 9:31 AM No comments: 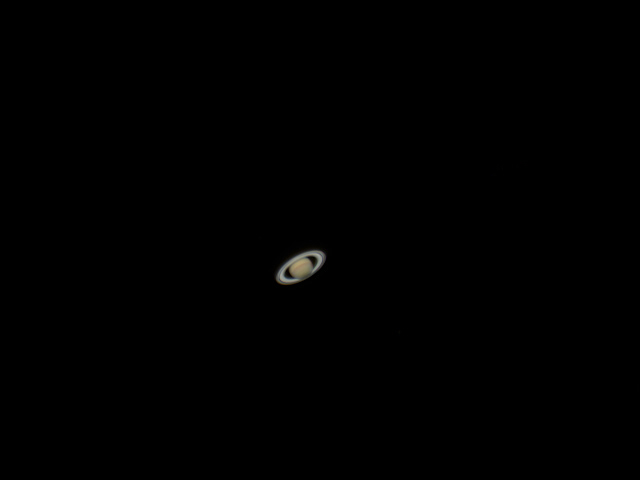 Table of Contents
Posted by AstronoMolly at 9:30 AM No comments: