Man I loooooove having so many clear nights!  My average is going to jump from 50 nights per year to like 200.  Sooooo much data though!

After the Rosette Nebula 10-minute frames went so well last night, I decided to try the same for the Heart Nebula.  And boy oh boy was that a great idea.  Look at this!! 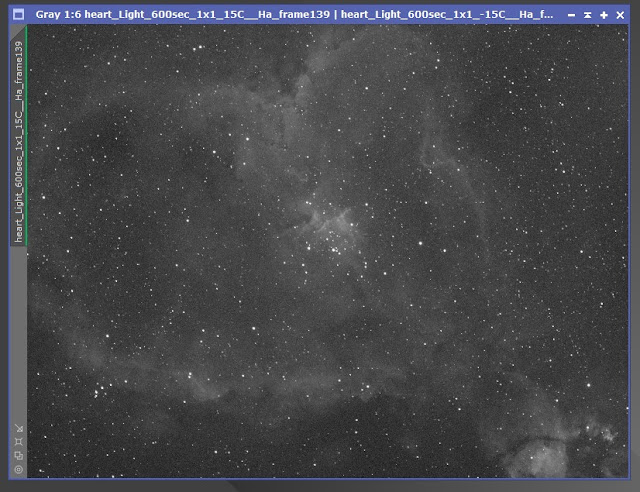 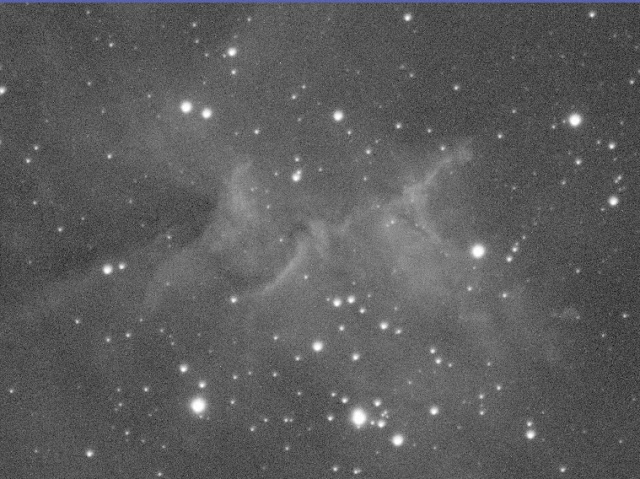 Close-up of the Melotte 15 region at the core, and this super-cool spiral structure!

The Heart Nebula is a gorgeous nebula to begin with, but it has an even more fascinating region at the center that has this incredible spiral structure.  It is very often imaged, and I'm excited to finally be taking data on it!  I've been trying to image the Heart for the past two winters, but weather conditions kept me from being able to get much on it.  But now I have much better weather, and many more hours a night since it's all automated now!

When I had just started the sequence and was checking messages on my phone and enjoying the evening weather, I heard a noise from behind me.  I turned on my headlamp and pointed it at the sound, thinking it was a raccoon, but nope, it was a skunk!  Code red!  I grabbed the scope cover (I like to leave it on my porch so that critters don't climb in, and it doesn't get dewy) and dashed inside the house.  Yeeeep!  I watched the first frames come in while hanging out inside using my remote connection on TeamViewer.

In the morning, I took another video of the moon, which was gorgeous in the clear morning air.  However, the RA axis had some mega-backlash while I was slewing, and something clearly happened last night to throw off dec as well, since the scope came in a bit far from the moon. 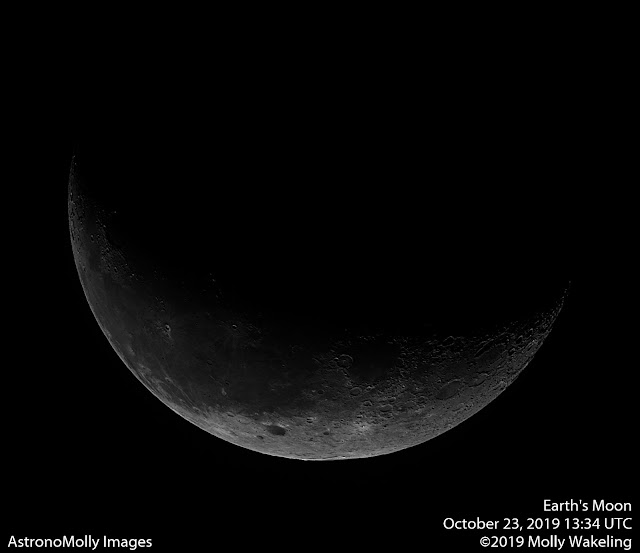 Things ran well the first half of the night, but got dicey later in the night.  M42 didn't show up in its frame at all, which wound up being a result of me forgetting to re-check the "center" button in Sequence Generator Pro.  The Rosette Nebula and Thor's Helmet didn't even take (I added Thor's Helmet to the extra time in the morning since meridian-flipping on M42 obviously isn't working), which looked like it was the result of a weird error where the PlateSolve2 database saved on my computer wouldn't open.  The file had somehow disappeared, so I copied it back into its place.  Always all these little things!

Table of Contents
Posted by AstronoMolly at 10:32 PM