Now that winter is creeping toward us (although it will be the mildest winter I've ever experienced now that I live in California!), the sky is getting darker earlier and earlier.  This is usually a cause for joy for astronomers, since it means we don't have to stay up as late and can get an earlier start, but since I have an evening class on Tuesdays and Thursdays, it means I get home well after dark on those days :(  And the second semester of that course is at the same time next semester!  Who wants to teach that late??

I got set up and then checked the alignment because the plate solves for the last few nights have been pretty far off in their first attempts.  The star I told it to slew to wasn't too far off from center, so I added it to the model (replacing another star) to firm it up a bit.

Another issue has been hitting the self-imposed slew limit while trying to image M31 and M42, which cross the meridian during their imaging windows.  The Celestron AVX mount is capable of tracking to 20 degrees past the meridian, but because my dec axis has a gap in it after I removed the plastic ring inside because it was partially the cause of that axis being extremely difficult to turn, now it has a tendency to slip down a bit, which caused the worm gear to separate from the axis gear and caused a lot of problems for me (including a pile of fine gear-grind dust!).  So I went to the Meridian setting in the hand controller and set it to Disabled so that it wouldn't try to stay on one side of the meridian or the other, but would just go to whatever side of the meridian the object was on.  The mount and SkySafari seem to slightly disagree on when exactly transits occur, even though they both use the J2000 epoch for their catalogs, which makes things a little complicated.

So hopefully that little fix will work to let the images of M42 and M31 happen.  We'll see! 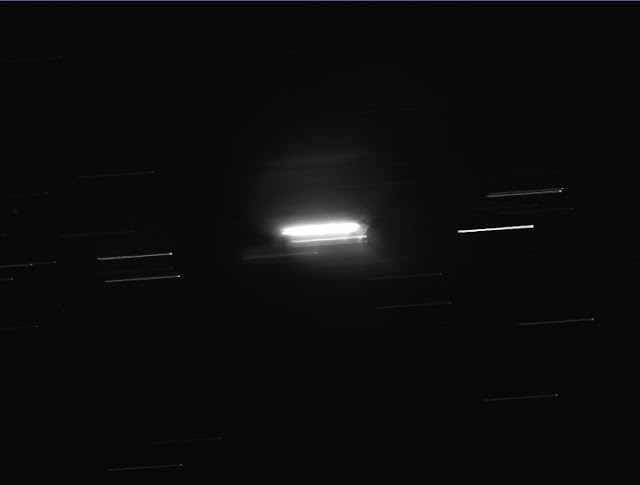 Posted by AstronoMolly at 10:33 PM