Usually, the Hidden Hollow Star Party is a wet, cloudy mess – more party than star!  In fact, one of this year’s t-shirts has a cartoon if a guy holding up an umbrella trying to look through his telescope with rain and lightning all around.  But not this year!  I kept my eyes on the forecast all week, and it held out – clear all weekend!  So I decided to go out there for Thursday night viewing.  I loaded the 11-inch SCT and its CGE Pro mount into the car, plus all the accessory bins, guide scope, camera bag, and personal gear, and drove to the Hidden Hollow camp.  After dropping my stuff in the bunkhouse, I rolled up the top of the hill next to the Warren Rupp Observatory, unloaded my gear, and got the 11-inch built (by myself!). 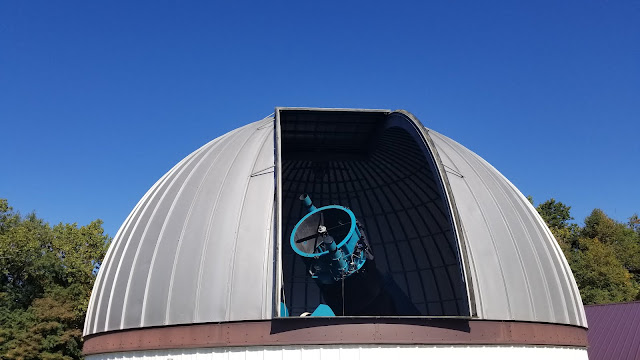 I had eaten my dinner on the drive up – a Subway sandwich – so I hung around the scope until it got dark.  Since the forecast was so good, there were several other people there a night early as well.  My goal for the weekend was to image a couple things on the 11-inch with the borrowed SBIG ST-8300, in color (using RGB filters).  However, one issue after another had me almost going home empty-handed! 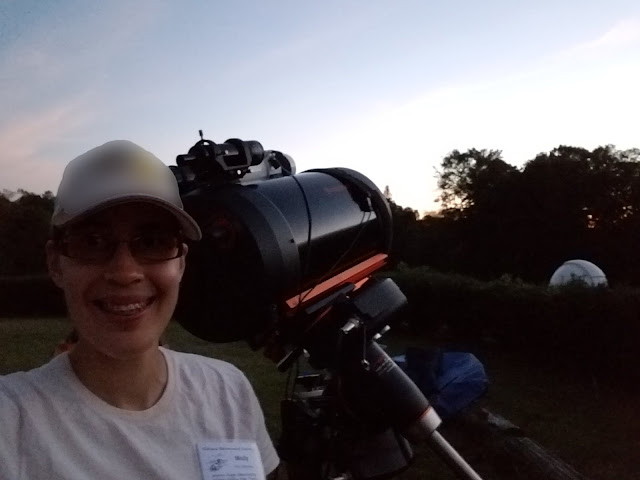 It took a while to figure out, but something is wrong with my declination axis. Guiding didn’t look too terrible, but I was getting weird bouncy streaky stars, even at only 30 seconds.  I re-aligned, re-polar aligned, checked the balance, and still it wasn’t working.  I finally noticed in the eyepiece that when I moved the dec axis, the stars seemed to bounce back and forth quickly, like the gears were sticking or something. 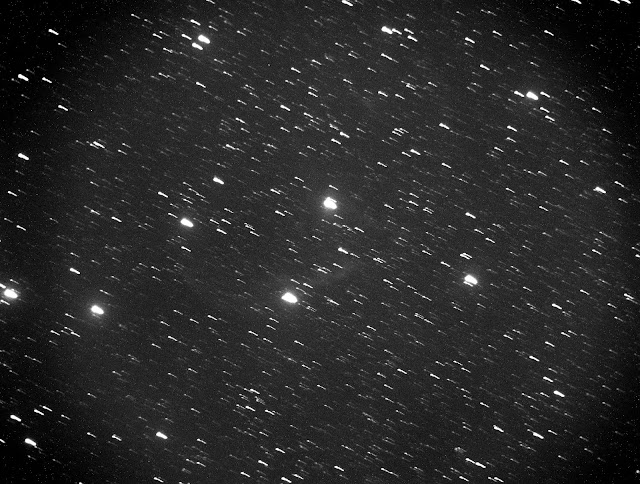 So I tried guiding only in one direction for dec, and it helped a little, but not much.  I spent all night chasing after one solution or another, and between waiting on frames, thinking of solutions, and in general chatting with people and looking through their scopes, the night passed quickly, and before I knew it, dawn was arriving. So I went to bed, and slept in till noon (I set an alarm).

Like last year, I was the only one in the bunkhouse, which is pretty nice – I don’t have to worry about waking people up when I get in late, and I didn’t have to worry about other people getting up early.  I had two more clear nights ahead of me, so I was hoping to be able to work with some people at the star party who might have a clue what's going on with the mount.

Table of Contents
Posted by AstronoMolly at 7:11 PM