Friday night, I went to a Cassini farewell party at a brewery, and brought my 8-inch SCT along to show off Saturn with.  Well, Saturn + Cassini, as Cassini's ashes were already one with the ringed planet by the time the party started.

If you are unfamiliar, the Cassini mission launched in 1997 with the goal of exploring Saturn and its moons.  It was a NASA-ESA (European Space Agency) collaboration, with ESA supplying the Huygens probe that landed on the surface of Titan, one of Saturn's more interesting moons.  The mission was wildly successful, with Cassini lasting many years longer than it was planned to, and a great deal of science was done with both probes.  Not to mention the breathtaking photos beamed back of the Saturn system.  My hands-down favorite has to be this one, where Cassini views Saturn backlit by the sun: 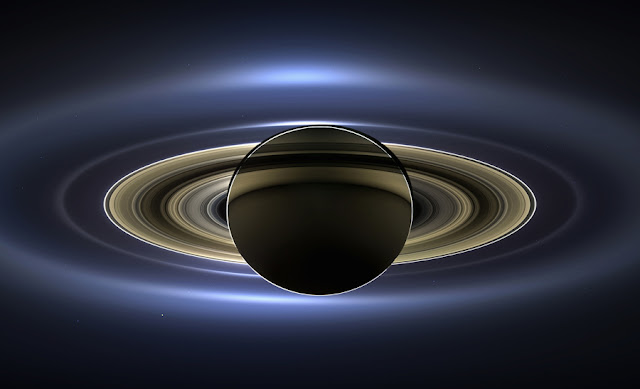 Backlit Saturn from the Cassini mission.  Courtesy of NASA.

Not only does it show Saturn's fascinating ring structure, including ghostly outer rings newly discovered, but the tiny whitish dot in the lower left quadrant is our humble Earth. 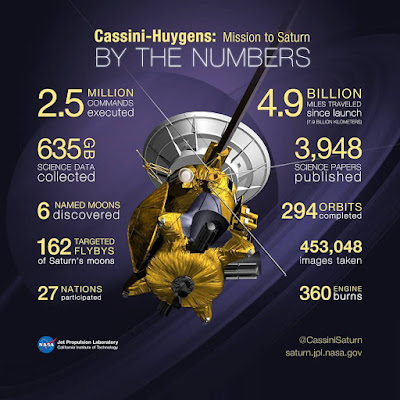 The Cassini farewell party included a special beer, a talk about the development of Cassini's RTG (radioisotope thermoelectric generator, the device that provides electrical power and heat to a number of space missions that are in environments where they are unable to take advantage of solar radiation), cake, and views of Saturn through my telescope.  It was cloudy most of the evening, but then it cleared up soon after the talk, so I hastily (and still with a buzz from a few glasses of the special beer) set up my 8-inch.  I probably had about 80-100 people come look through the eyepiece, including bar-comers who weren't there for the party, and probably some passers-by as well.  Many had never seen Saturn in a telescope before, or even looked through a telescope at all.  Saturn is one of my favorite things to look at through a telescope, and it is a real crowd-pleaser! 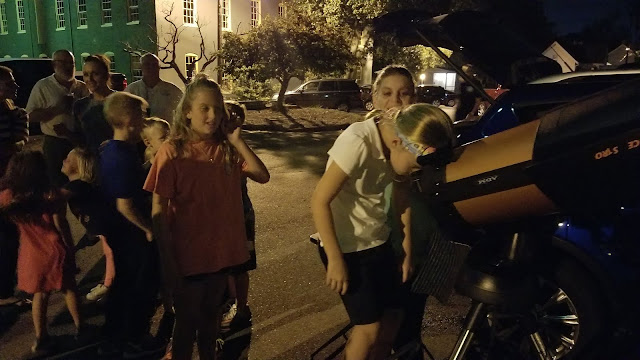 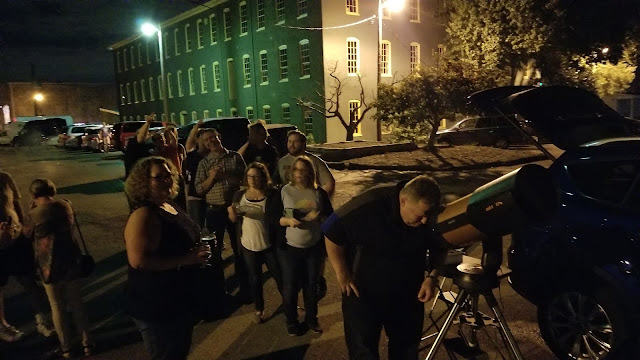