I was going out to the observatory already to help cut the grass,, so I decided to bring the telescope out with me since the weather was looking promising.  I decided to image a part of Markarian’s Chain, a string of galaxies in the Virgo Cluster (how have I not come across this before??) and a planetary nebula known as the Owl Nebula (M97).  The telescope was on point with goto and tracking; both were working fantastically well. 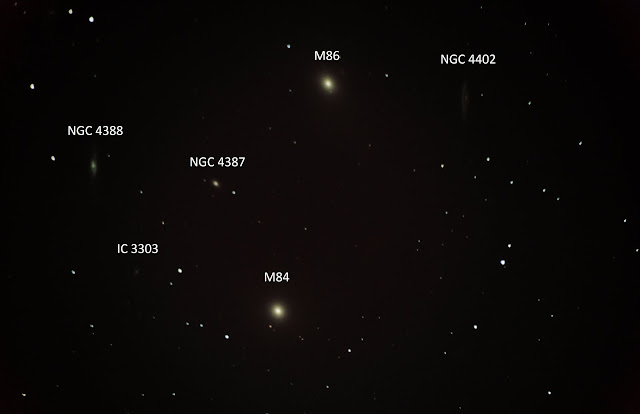 The Owl Nebula turned out a little grainy; I think it’s one of those ones that is brighter visually than in the camera.  Many things are the other way around. 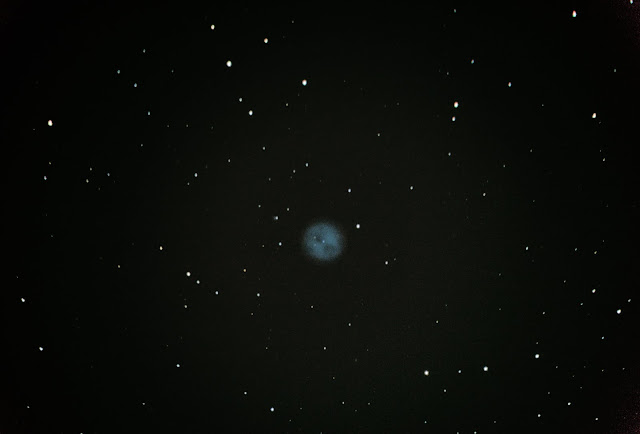 Since we were done with the maintenance before sundown, I went ahead and got set up in the dirt parking lot outside the gate and took another set of flats using the sky.  These seem to be working much better.  I also grabbed some single shots of the moon before it set, including while it was still daylight, because I wanted to see how that would look.  It was a crescent moon, so once it got a bit darker, I snagged a picture of the earthshine just before it slipped too far behind the trees.  There are some tree branches in the shot, but it’s really neat! 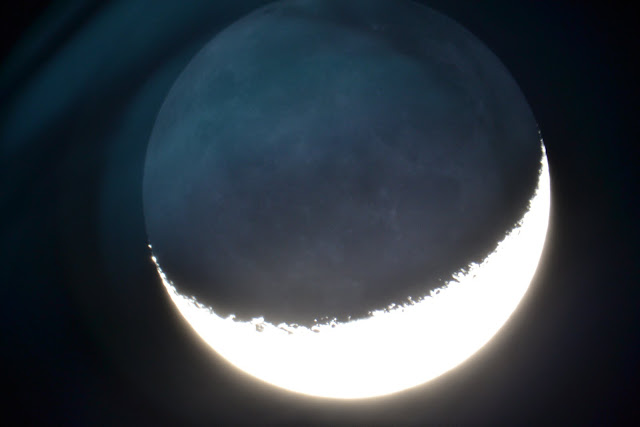 I’ve always wanted to capture this shot.  If only it wasn’t behind the trees.  So cool!
After it got dark, almost as beautiful as the field of stars was the symphony of fireflies.  There were a ton of them in the trees that rim the field next to the parking lot.  I tried to take a few long-exposure pictures to capture them, but it just didn’t do it justice. 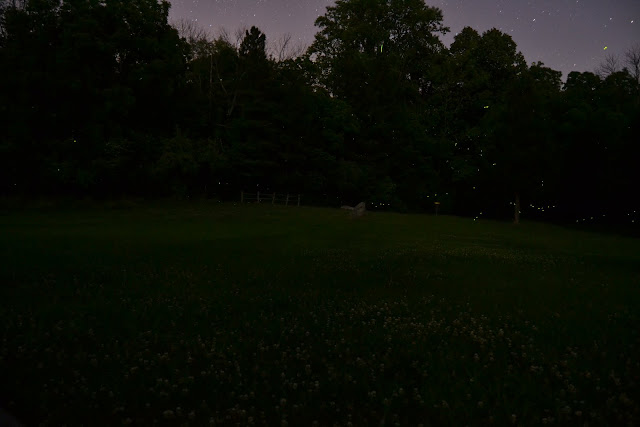 I did get some decent Milky Way pictures, although it’s still low in the sky and rather dim. 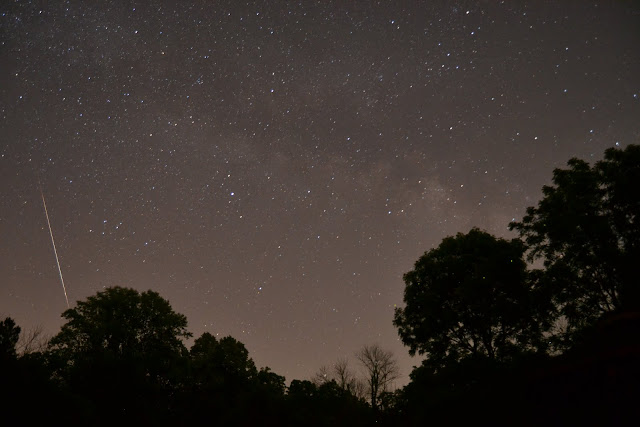 All in all, a good night!

Posted by AstronoMolly at 8:57 PM