I knew I shouldn’t have stayed up another night, but I just couldn’t resist.  The sky was clear, and I wanted to make up for Saturday night.  So I set up the C8 to see if the seeing was any good – it was!  I could resolve the bands of Jupiter with a 6mm eyepiece, which I dub to be “good seeing” around here.  Maybe someday, my standard will change, when I don’t live in Ohio anymore, but for now, that’s the standard.  So I set up the camera and was about to start shooting when my downstairs neighbor’s grandkids came out for a peak.  I showed them the trio – Jupiter, Mars, and Saturn.  They all looked fantastic.  They made me cookies – a Saturn and a galaxy.  It was awesome. 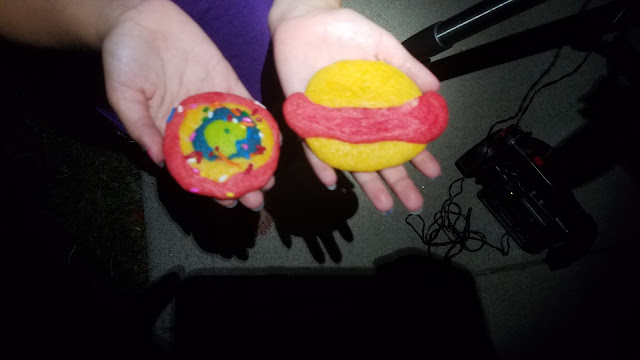 I took some videos of the three under a few different eyepieces in the eyepiece projector tube – it’s the only way to do it without being able to change the ISO on my videos.  They’re too bright with just a Barlow.  The vibration is crazy at that magnification, so I took like 10-minute videos so that I could have enough still frames to stack.  I got a great one of Mars, and a reasonable one of Jupiter, but once again, Saturn is too dim for imaging with an eyepiece.  I’ll need to use the Barlow next time for that. 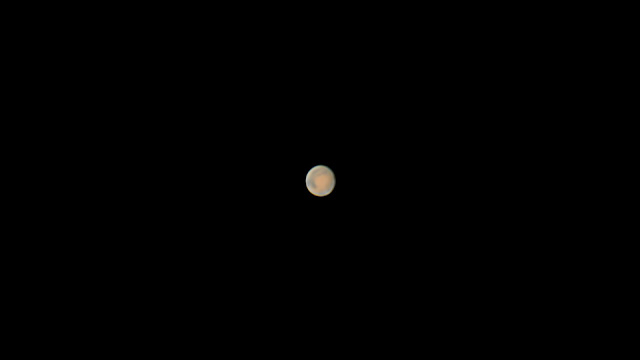 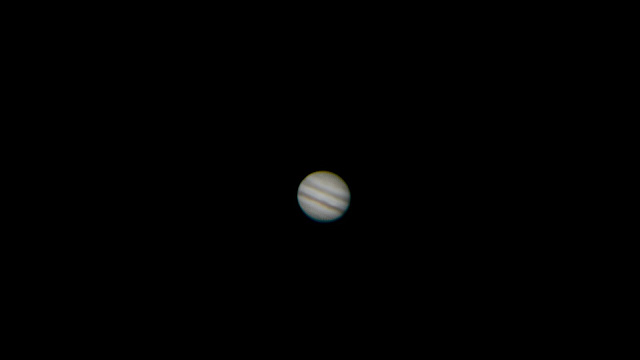 Jupiter, Nikon D3100 on my C8, eyepiece projection through a 13mm eyepiece
2,144 frames from a 5m23s video
[Note: You generally don't want to do videos this long of Jupiter, since it does spin rather fast.]

Jupiter is a tough one to edit the wavelets for in RegiStax.  Turn up the first slider (or really any of them) enough to get some detail, and you get this white ring around it. 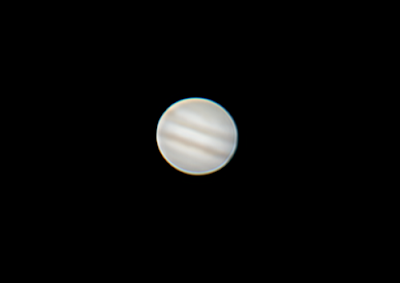 It’s worse with less magnification, for some reason.  I asked our local professional John about it, and I think he said it can be fixed in Photoshop.  Hmm.  Maybe it won’t happen with a CCD.  And, unfortunately, the 13mm eyepiece makes the video dim enough that color information is lost, as can be easily seen above.  But wow, what a wondrous thing video stacking is.  Here is part of a single frame from the video that made the 13mm Jupiter image. 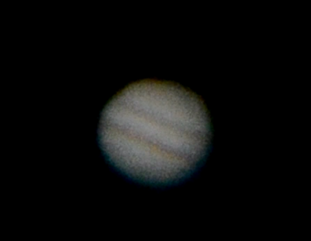 Crazy, right??  Like where does the detail even come from??  Optics is still magic to me.  So are computers.

Posted by AstronoMolly at 10:48 AM