Two of the club members were camping out at the observatory, so I could stay as late as I wanted.  I’d’ve camped too, if I didn’t have to be at work the next day.  I stayed until about 12:30 AM, and didn’t get out of there until about 1 AM.  The sky didn’t look especially dark, but I could see quite a few stars.  There were some high clouds, but the humidity was low-ish.  I started imaging on M65 and 66, but high clouds soon obscured it.  One of the club memebrs, Bob, had his massive 14-inch set up, and he had it pointed at the Ring Nebula, a planetary nebula, at one point, and it was much larger than I thought!  So I aimed over there next, and took some images on that for a while.  Goto was excellent, but tracking not as good, this time around.  I had to toss a lot of the images, both from drift and high clouds passing through.  I also snagged a few images on the Dumbbell Nebula, which I hadn’t realized was up yet.  Both of the nebulae came out great; M65&66 are going to need a lot more data, and a better set of flats, however. 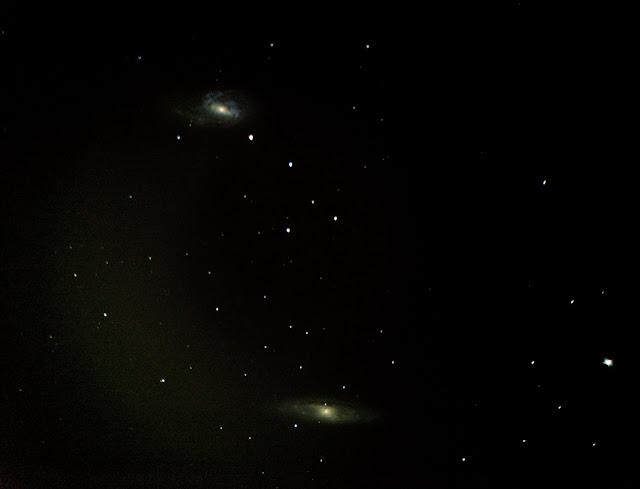 I have imaged a supernova! (End note)

The color came out great on the Ring Nebula; even the subs look great.  Stacked (and in some of the subs), you can clearly see the central star, which is apparently a magnitude +15.75.  You can also see the red shock front. 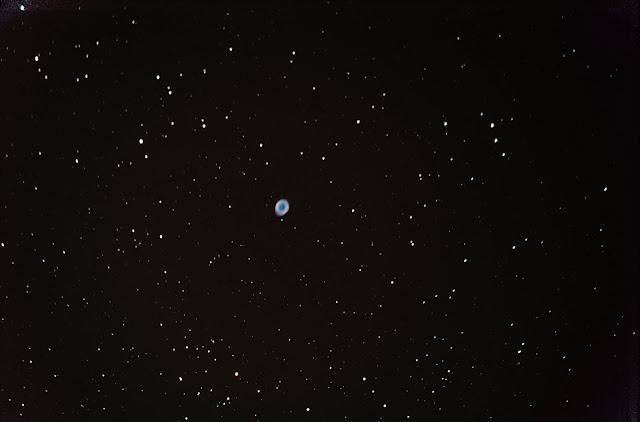 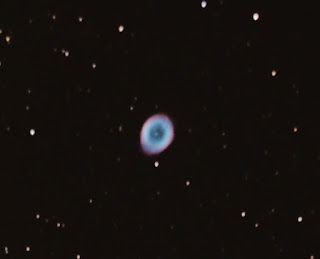 In all my images from this evening, the stars look slightly chevron-shaped; this looks like a collimation problem, but I had very nice symmetrical donuts.  Fellow club member Bob said that sometimes heat and cause this, or a slight cant in the camera.  So I’m not sure what’s up with that.

The Dumbbell Nebula one came out great too – you can see both the apple core shape and the orthogonal football shape, as well as the red shock front.  Also, what a star field as a setting!  More stars came out in post-processing in GIMP when I played with the light curves.  Check out this comparison between my first attempt last October and now.  I didn’t keep track of the DSS stacking stats back then, but I only gave it 9 raw images.  Pretty awesome difference. 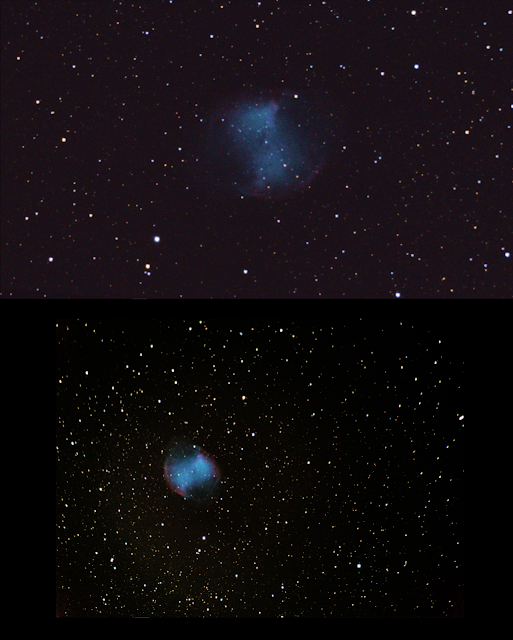 Of course, I’m also better at the image processing bit now, especially with the light curves tool in GIMP.

Soon, I will need to get a guide scope.  But then, I’ll need even more time to set it up – so I’ll have to only use the whole setup on Friday and Saturday nights when I can stay out really late.  On the other hand, I’ll be able to get enough images for processing faster, since I’ll lose far fewer to drift.  And, I can start playing around with longer-exposure images.

Posted by AstronoMolly at 8:44 PM