It has been raining for pretty much the last two weeks, and we finally had an unexpected break in the clouds!  Earlier in the day, I went out and checked my power boxes and the scopes and mounts to see how they were holding up, and everything was nice and dry.  Woo hoo! 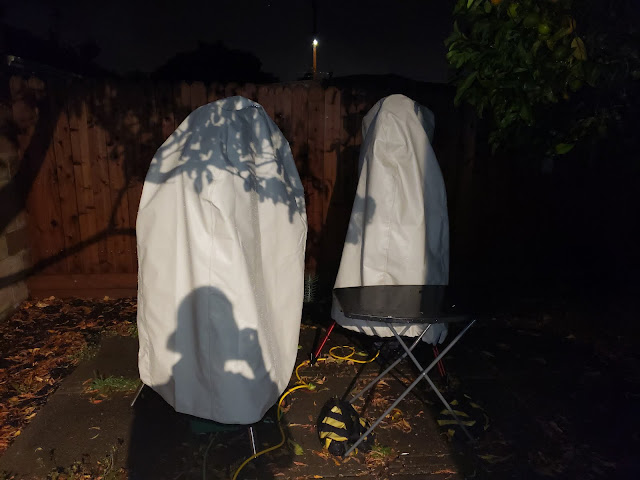 Snug as bugs in rugs

Before I got to start imaging, however, I was at the Eastbay Astronomical Society's holiday potluck, which was a lot of fun!  I got a perfect Molly mug: 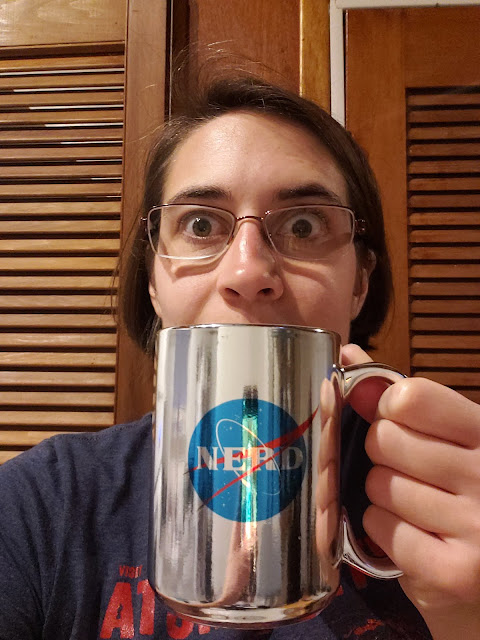 When I got home, I also had to update the times in my sequence, so I didn't start imaging until about 10 PM.  I couldn't really find any targets in the eastern sky after about 2:30 AM for my Takahashi refractor, since we're coming up on Galaxy Season, but it looked like clouds were going to roll in about then anyway, according to the forecast.

Since I'm going to be swapping in my 11-inch Schmidt-Cassegrain soon, I need to finish up the targets I've been working on, mainly the Cone, California, and Medusa Nebulae.  I went inside after getting everything rolling, and then checked on the first frame that came back.  There was a huge shift in it!  It looked like the worst tracking of all time.  What the heck!  I went and checked the autoguiding in the PHD software, and come to find out, the guide camera was out of focus.  Oops!  I went outside to re-focus it, and noticed that the screws had become a little loose.  I got it all nice and focused, and then resumed the sequence and re-centered the target.

When I went outside in the morning, everything was covered in dew!  Except for my dew-heated telescope apertures :) I took some flats, and then went inside and checked through all of the exposures.  All of the Cone Nebula ones had somewhat elongated stars.  Maybe the transparency or seeing was bad by then?  They did look a little low-contrast, indicating hazy clouds.  Oh well, the other frames came out fine. 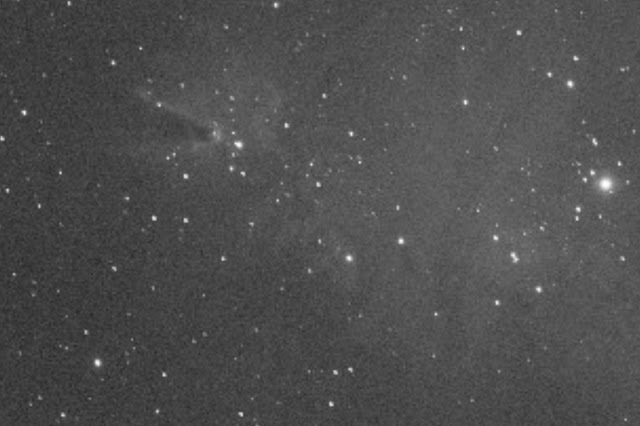 Table of Contents
Posted by AstronoMolly at 5:45 PM