The forecast promised clouds, but much to my delight, it cleared out!  I set up at 5:15 PM, well before dark-out, and went inside to eat dinner and participate in the TAIC call.  I set the first target to start at dark-out.

During the TAIC call, I remoted into my tablet from my desktop to see how things were going -- and it got started with no problems! It was happily snapping up photons from outer space without my intervention.  I feel like a proud mama :D

I read the Robofocus manual and started working on training the temperature compensation.  It would be difficult because the temperature was pretty stable, but I figured I could get at least a couple points tonight.

Tonight's targets are another round on the California, Cone, and Medusa Nebulae, until 2 AM.  Soon enough, it'll be time to put one of my Schmidt-Cassegrains on for the longer focal length to properly capture those itty bitty galaxies.  I might put my 8-inch on instead of my 11-inch, since my 8-inch has very little mirror flop and has never lost collimation, while my 11-inch has some significant mirror flop.  Unless I get a focuser soonish, which would help compensate for the mirror flop issue.  We'll see.

By the morning, I got several 10-minute H-alpha frames on the California Nebula and Cone Nebula, but none of my Medusa Nebula frames came out -- the tracking was, once again, not great, which may have been due to clouds. 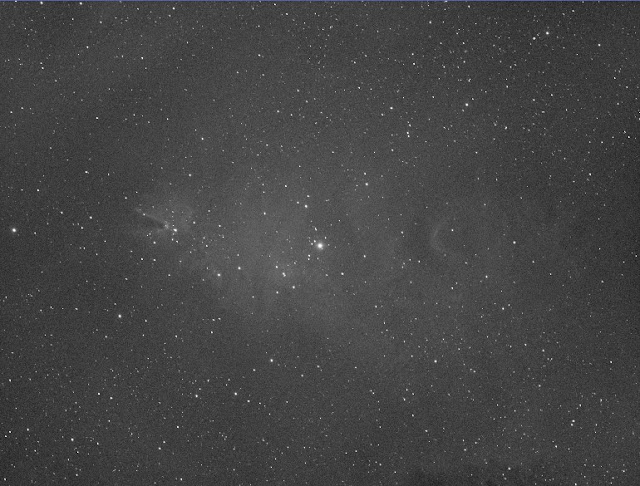 
Table of Contents
Posted by AstronoMolly at 9:07 PM