The weather looked like it was going to be partly cloudy and kind of iffy for this Camper Stargaze, so I just brought the 8-inch to see what could be seen in the patches of clouds.  However, it was quite clear until about 11:30 PM!  I was vindicated though when the clouds started coming over, however.  I was starting to regret not bringing along the 11-inch.   I showed campers Saturn, Mars, and Jupiter when it was visible through a gap in the trees, and then some of the club members and I looked at the Ring Nebula (M57), the Andromeda Galaxy (M31), the Trifid Nebula (M20), Swan Nebula, and Lagoon Nebula (M8), and globular cluster M22.  One of the members let me borrow an O-III filter when I was trying to find the Trifid Nebula – I was just able to make it out without it, but it was much easier to see with the filter.  The Lagoon Nebula was awesome in O-III.  I need to get one of those.


I also took some Milky Way pictures from the tripod, which came out decently.  I’m going to use them as testbeds to figure out how to use Adobe Lightroom.  I also took some images of stars and clouds together, which had some cool effect. 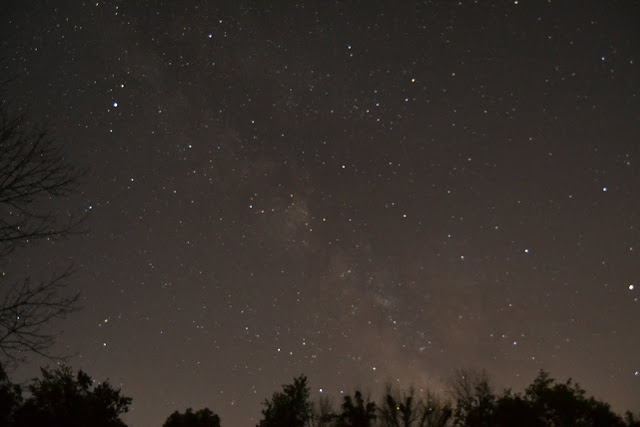 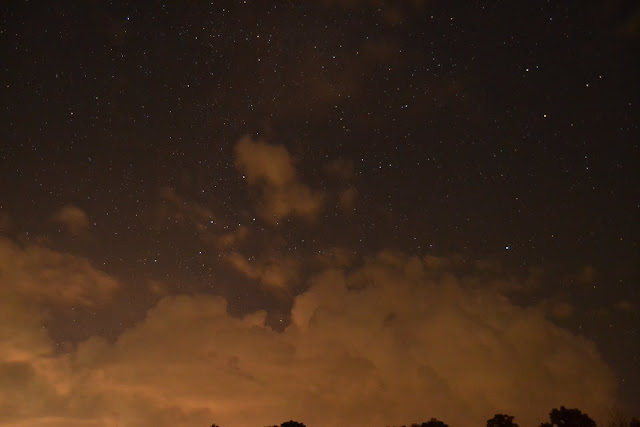 Can’t wait to get a night of good weather, I need to image again!

Posted by AstronoMolly at 6:18 PM