My sister Melody called me from the summer camp I used to work at [that she now works at] the week prior and asked if I’d be willing to come out to the camp while I was home visiting to do an astronomy night with the "Nocturnals" session.  I said, “Hellllll yeah!”  Then I started thinking of what I could do with them without my C8 [home is a plane trip away].  I’d bring my laser pointer and do some constellations, and also my little Meade binoculars and we could look at some star clusters or sections of the Milky Way.  I’d also bring my tablet and show them some of my astrophotos.  Cool.  So I started writing up a talk. Then, as a background process in my mind was thinking of additional toys I could bring, suddenly a realization hit me.  The guide scope, the Orion ST-80!  Of course!  I took off one of the rings and attached it to my camera tripod.  It held – it only weighs 3.5 lbs, not much more than my DSLR, which it can hold easily.  So I put it in my backpack to see if it would fit – it did!  So I wrapped it in bubble wrap and nestled it into the backpack beside my camera case, and I packed the tripod in my suitcase, one of my 90° star diagonals (the one for the Orion ST-80 is like a 45° one, better for mounting on the scope), the 2x Barlow, and the 25, 17, and 8mm eyepieces wrapped in bubble wrap and put into individual containers and then into my checked suitcase.  It was glorious.  I was so excited.   I was originally planning on coming out Tuesday night to the camp, but the Clear Sky forecast and the Weather Channel predicted that Tuesday would be kind of cloudy but that Wednesday night would be clear, so I changed to Wednesday.  Boy was that a good idea!  It was completely 100% clear the entire night.  Perfect conditions.  We ended up not getting up there until about 1:30 in the morning though, since the girls first canoed from main camp to one of the outlying cabin sites for a party that the counselors-in-training threw, and then it took a while to get them fed and get them started hiking.  It’s a little less than a mile hike up by my estimation – it takes about 20 minutes to make the climb.  I had the telescope, tripod, and all the accessories in my backpack (I also brought both my green and violet laser pointers, plus some red cellophane and rubber bands for the girls’ flashlights, all stuffed inside.)  I also had my tablet and my camera slung over my shoulders.  On-the-Go Astronomy: Extreme Edition! 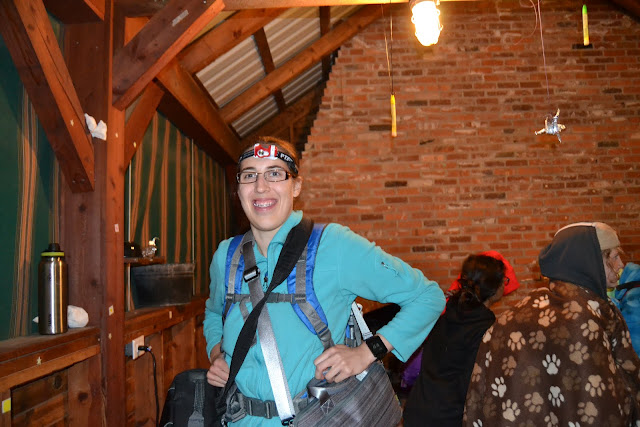 Once we got to the top, I had one of the counselors help the girls put the cellophane on their flashlights while I set up the telescope.  The Milky Way was easily visible, and I quickly found the Big Dipper and Polaris to get myself oriented.  Unfortunately, I’m terrible at constellations, so all I could recognize was The Big Dipper, Cassiopeia, and the square portion of Hercules.  I wasn’t able to make out the teapot asterism of Sagittarius, but we may have been too high of latitude to see all of it.  Since we got up there so late, the Pleiades were well within visible range, so I made that my first unplanned target.  They looked excellent in the ST-80, and I’m definitely glad I bought a little finderscope for it too (same one as on my C8, but with a little dovetail meant for the ST-80).  I had to re-adjust the mount every other girl or so, which made it a little difficult to give a coherent talk, but it went smoothly enough.  After everyone had seen the Pleaides, I spent several minutes hunting down the Andromeda galaxy.  I knew it was off the bottom of the W in Cassiopeia, but I couldn’t make out the other constellation that made the line it lay on.  However, the FOV on that scope is large enough that I just needed to hunt around, and I eventually found it. Morning light comes early, so the sky started lightening at around 3:30 AM.  I hurried the last girls through.  I got a ton of really great questions!  They didn’t know much about space, but they asked excellent questions and follow-up questions, and they never stopped coming.  It was a group of about 25 girls.  It was a truly delightful experience!  I only wish we had more time, and I wished I had a goto mount, or at least a motorized one.  I’m going to look into getting a mini motorized mount for it, something I can pack in my checked bag, for just such occasions.  It was so, so awesome. 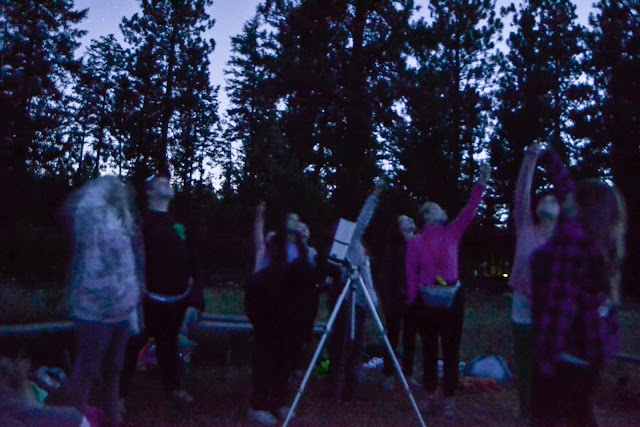 Besides that whole event, I also went down to the beach during the party and shot Milky Way photos from the beach.  In fact, the water was so calm that I went out on the dock, which had a better view.  I took a bunch of 20-second single images, as well as a stack of 15.  I focused by using a light on the far end of the lake, as far as I could see – bright enough to see in the Live View of the camera, where I can zoom in for critical focus.  I can’t lock down the focus, unfortunately, so I had to adjust it a few times throughout the night.  I used a new mini-tripod I got for the DSLR, since the one I had previously was not strong enough to hold it up.  It worked pretty well, but had a more limited altitude than I was hoping.  I’ll have to mess with it.  I edited the stack in Photoshop a bit, but none of the individual frames yet. 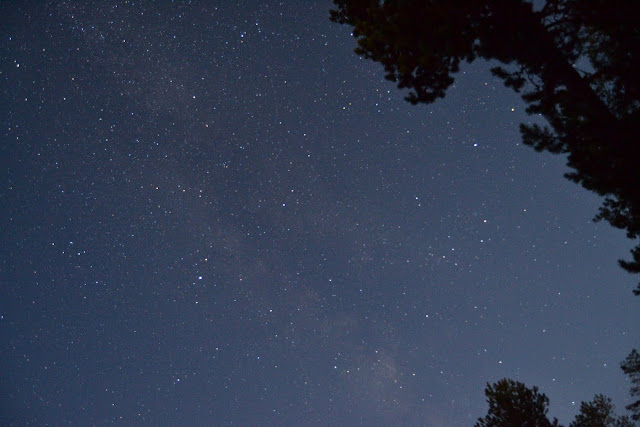 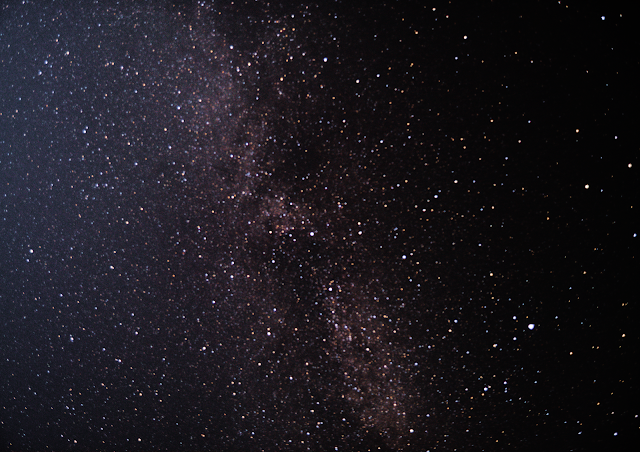 Posted by AstronoMolly at 6:04 PM