It was Members Night out at the observatory, and the skies cleared up great for the Perseids!  I got set up on the memorial scope, and once it got dark enough, started firing away at the Western Veil Nebula.  I have seldom gone back to the same target with the same configuration, but mo' data is mo' betta!  So I grabbed another two hour's worth of images on it to combine with the ones I took on July 25th.  The moon rose at about 11 PM, and it started topping the trees at about 12:30 AM, which was quitting time for everyone at the observatory.  In all honesty, I don't think the result of combining this data set with the previous one was much better than the previous one alone, but I think for dimmer targets, it might prove useful. 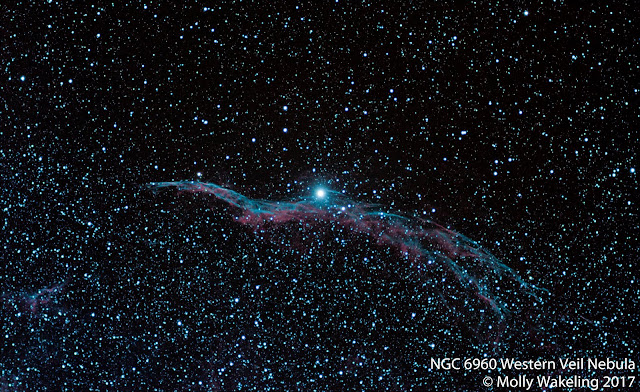 I set up my D3100 to face low Perseus to catch some of the Perseids, and a caught a couple, but only very dim ones.  We saw several pretty good ones, but they didn't brighten until they were much more southward. 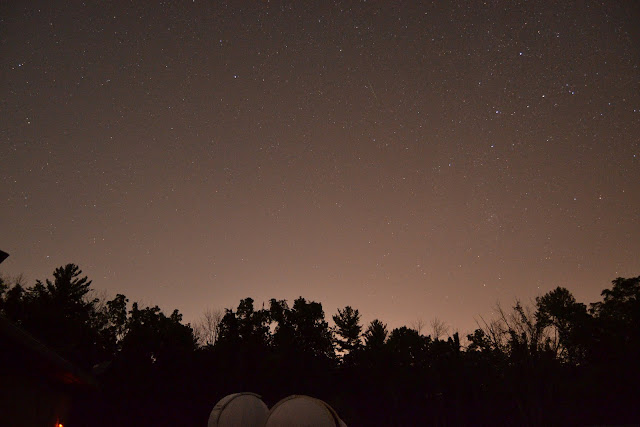 We had some new folks out that night as well, and some people figuring out how to use their telescopes too.  Also, my minion Miqaela borrowed my Borg 76ED to put atop her Celestron AVX.  We had some issues getting guiding to go - I'd put her camera in 2x2 bin to get better signal, but them we realized the lack of signal was because she'd left the lenscap on, but then PHD kept losing the guide star.  So I put it back to 1x1, and it seemed content with that, and guiding cleaned up significantly.  She was attempting to image the Snake Nebula, a dark nebula below Antares just west of the Milky Way.  Unfortunately, we have a lot of light pollution that direction, and she doesn't have a light pollution filter, so we'll have to see how her image comes out.

Table of Contents
Posted by AstronoMolly at 4:12 PM