We sort of skipped fall and started our nose-dive straight towards winter already - my windshield has frosted three times this week!!  And I have a strong dislike for cold weather (despite growing up in eastern Washington state).  The only redeeming qualities of winter are Christmas, cuddling with my cats under a snuggie with a cup of hot Earl Grey, and the Orion Nebula!  (Longer nights help too!)

We had a couple clear nights in the last week, but I just couldn't bring myself to go outside when it was near freezing, I'm just not ready yet!!  But the transparency was excellent on Thursday night (although the seeing was sketchy), so I decided to set up my 8-inch Schmidt-Cassegrain in the front yard to grab the nice waxing gibbous moon and rapidly-receding Mars before it gets too far west. 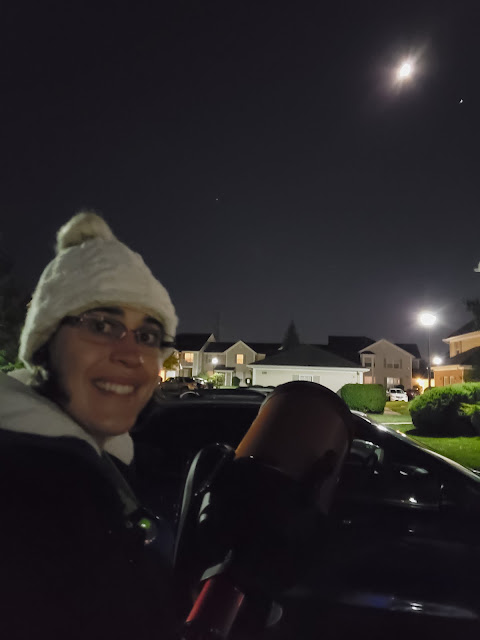 Me with my C8, and the Moon and Mars above

I started with Mars so that I wouldn't lose it behind the rooftop.  I looked at it with an eyepiece first, and while I was able to resolve it with my 6mm eyepiece, it was fairly grainy and I couldn't see much detail.  But sometimes the camera can do better, since you can average out and sharpen away atmospheric effects to some extent, so I hooked up my ZWO ASI1600MM Pro with my Astronomik LRGB filters and started recording.  It's pretty small in my camera's FOV, so I cropped the frame to 800x600, which allows the camera to push frames faster down the USB 3.0 connection.  Faster frame rates are great because you can get more frames in the moments of clarity.

A combination of poor-ish seeing and the bad-ish tracking of my NexStar mount led to some ghosting in the final image, but it really isn't too bad!  You've got surface color variation and the southern polar ice cap.  Woot! 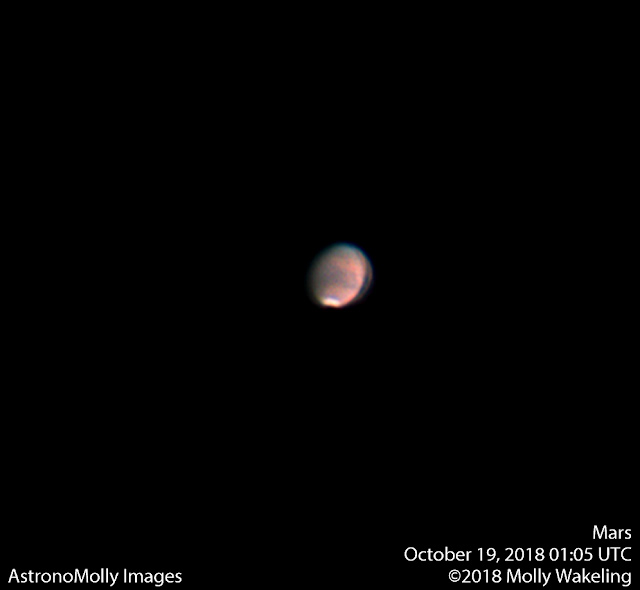 I recorded luminance frames too, but it turned out a little oversaturated, and the final image looked better without the luminance channel.  (More on how to take & process planetary images here).

Then I turned my attention to the moon, and I first recorded a full-frame video (the moon doesn't quite fit in the FOV of my camera without a focal reducer on my C8, but I can get most of it).  I got into conversation with a passerby, and the video was taking a long time to record since full-frame means slower frame rate, and then my tablet died.  My ZWO draws so much power that the tablet will die if it gets below about 50% battery life, unfortunately.  So I plugged it in and started again, but it was recording suuuuper slowly because my hard drive was almost full (my Surface 3 only has 128 GB, and the Mars data took up a few gigs, and there were several gigs of Windows updates that needed to be cleared out), so I wound up not getting a complete video file.

After I got everything re-started, I copied the Mars data to the SD card in my tablet and ran Windows' disk cleanup tool, and then captured some cropped lunar images at higher frame rates.  It was still slower than usual due to the low disk space.  With the atmosphere being swimmy, the images didn't come out great, but they came out all right. 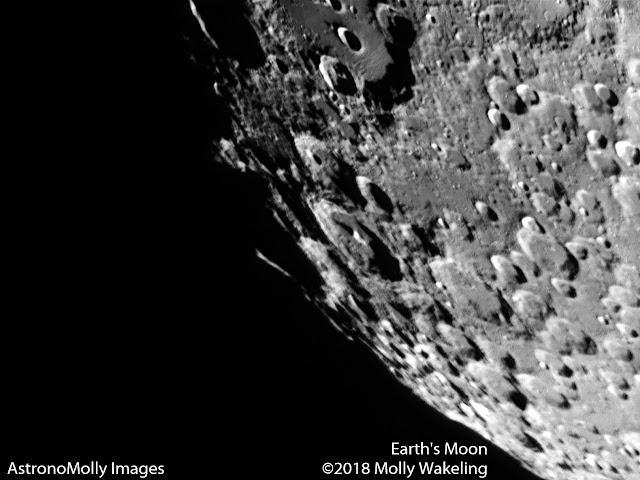 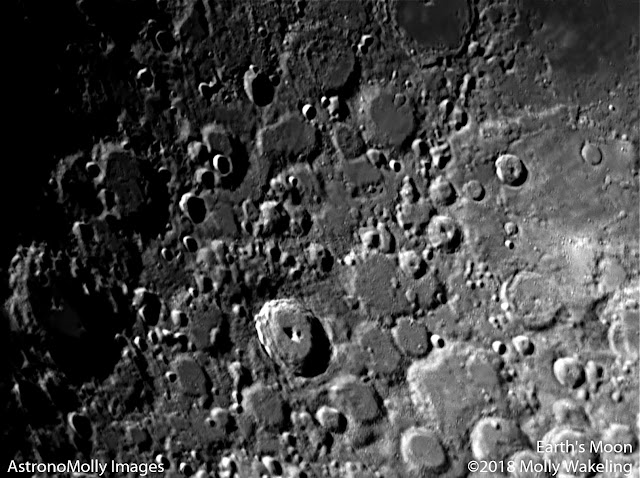 I took one last data set as well on Mare Tranquillitatis, or the Sea of Tranquility.  You can't see the lunar lander of course (it's very hard for even moon-orbiting satellites to see), but X marks the spot! 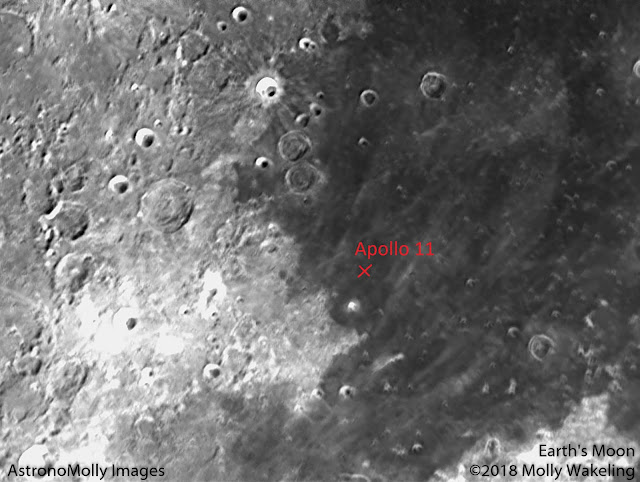 I finally packed up and went back inside when my feet were starting to go numb inside of my wool socks and fur-lined slippers!  The only reason I was out there that long in the first place was because it wasn't windy.

Table of Contents
Posted by AstronoMolly at 10:03 AM