I've been super busy lately, so sorry for the delayed posts!

This past Tuesday night, I did an outreach event with a few astronomy club members (Phil, Terry, and Sarah) out at a soccer complex a short drive from where I live.  As per usual, I brought out my 8-inch Celestron Schmidt-Cassegrain on my Celestron NexStar SE mount, which is an alt-az mount that is not ideal for photography, but is great for outreach due to its ease of setup and use.  The telescope, however, is excellent - planets are large and well-resolved due to its long focal length and large aperture, and with a focal reducer attached, I can pull in some gorgeous nebulae, galaxies, and globular clusters that are sure to please the crowd. 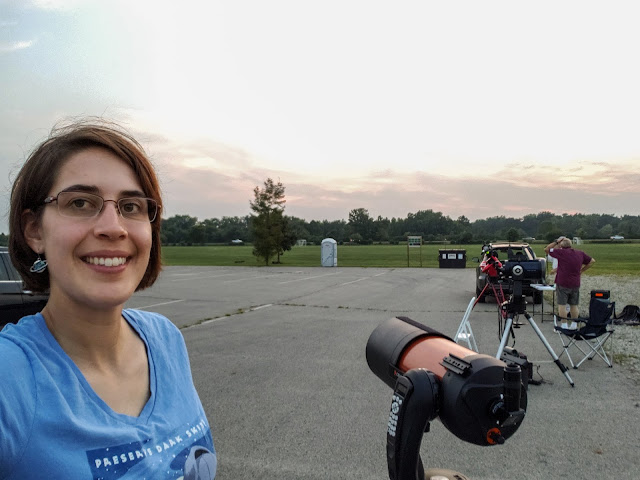 It wasn't a totally clear sky, and it was a little hazy, but it was clear enough to hit the important targets: the planets!  The general public don't typically have the appreciation for small, dim, fuzzy galaxies that we star-nerds do, but boy are the planets awesome at the eyepiece.  And this summer is a bountiful harvest of planets indeed - Venus, Mars, Jupiter, and Saturn are all readily visible, and if you wait till later in the evening, you can nab Uranus, Neptune, and Pluto too if you're somewhere dark enough, have a big enough scope, and know what you're looking at.  (I have not, in fact, tried for Pluto yet.  I need to.  Soon.)

Not only did we have the planets, but we also had a rather fetching view of the crescent Moon before it set.  I threw my QHY5 guide camera on for a couple quick videos early on in the evening, and they came out really nice!  Despite the haze, which reduced transparency, the seeing (atmospheric steadiness) was actually pretty good. 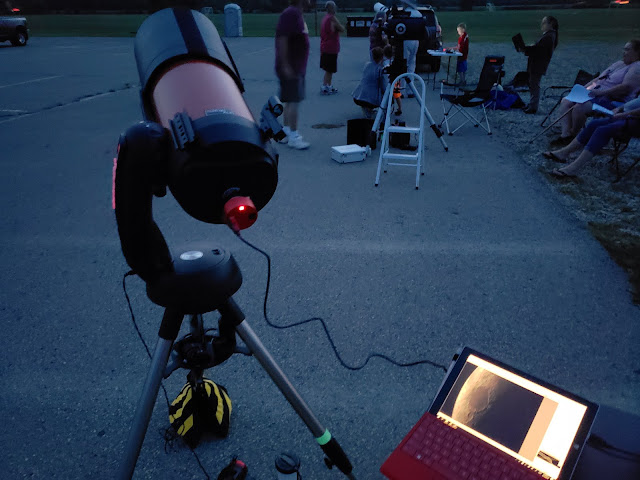 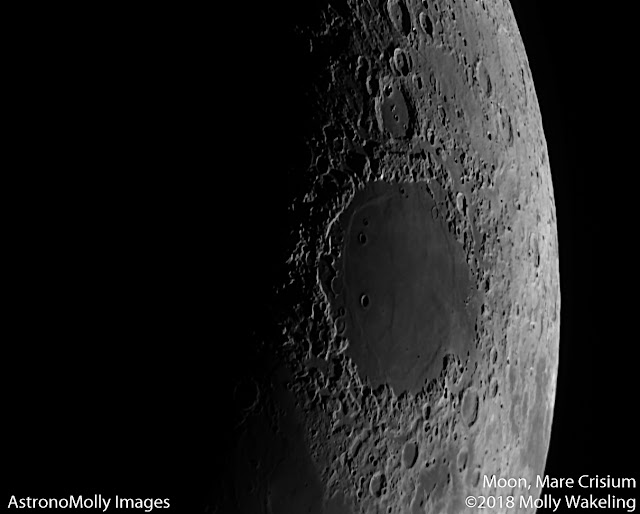 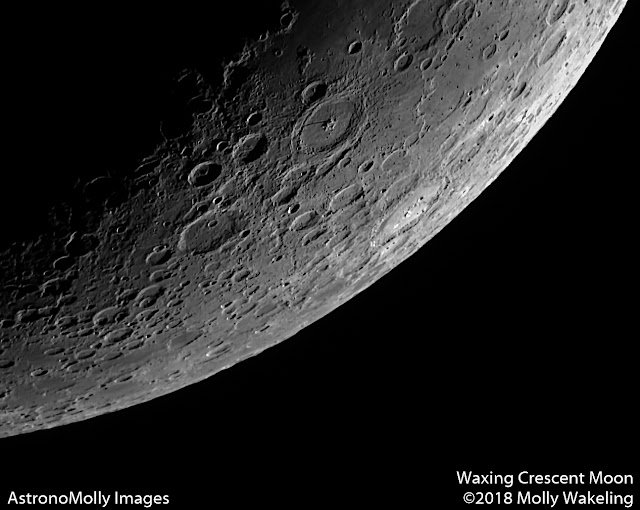 This outreach event had several young kids in attendance with their parents, which is always a treat.  Oftentimes, neither the kids nor the parents have looked through a telescope before, and that is truly a magical moment. 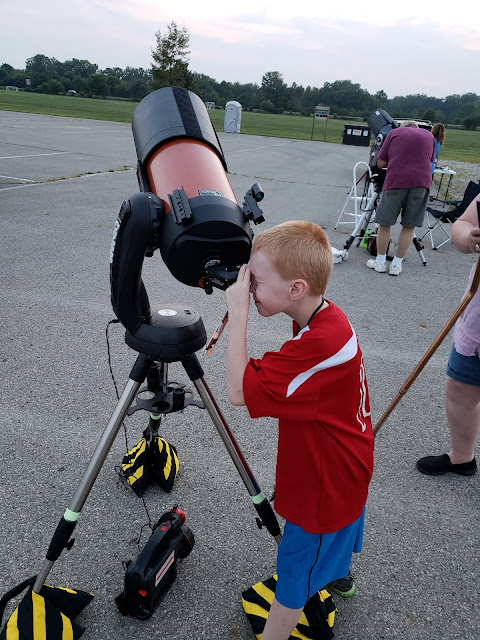 Occasionally, I get kids that come through who have some knowledge of the planets already, which they are eager to show off, and that is really fun.  Tonight, I had a special guest - a 7-year-old girl named Makenna who was absolutely enthralled with the telescope.  We looked at Jupiter, Saturn, and Mars first, and a few bright stars were easily visible through the haze, which she also wanted to see.  Now, for most of us, stars are not terribly exciting in the eyepiece, unless it's a tight double star or a lovely open cluster or something like that.  But to Makenna, seeing a star in the eyepiece was like magic.  She asked if she could control the telescope, and I let her punch the keys on the hand controller, which was very exciting for her.  Finally I just let her scroll through the star catalog and select stars at random, most of which I wasn't familiar with, and it was anyone's guess as to whether we'd be able to see them or not - whether they were far enough up above the cloud bank off in the distance (I had the filter turned on to keep it from going below the horizon).  Oftentimes, however, a telescope with a large enough aperture can pick up all kinds of stuff you can't see through the clouds because of its light-gathering power.  I also directed her to see some double stars, like Mizar and Alcor.  I pulled in a few deep sky objects as well, although there weren't many to choose from in the light-polluted suburbs, so one of them was the Ring Nebula.  Our exchange went something like this:
"So this is called the Ring Nebu--"
"OOOH"
"It's a dying star--"
"DYING?!"
"In about 5 billion years, our own Sun--"
"WOW!"
😁😁😁😁

I also told her about how I'm a scientist and get to discover new things.  Before she left (we almost had to pry her off the telescope), she told her parents that she wanted to be a scientist.  Be still my heart!!

I didn't get home until nearly midnight, so getting up for work the next morning was a little rough, but it's worth every minute of lost sleep!

Table of Contents
Posted by AstronoMolly at 5:48 PM