Finally, a clear night!  I needed to collect the color data for M64, the Black Eye Galaxy, to go with the luminance (all visible wavelengths) monochrome data I collected on June 15th.  It was a gorgeous night!  If a bit chilly - the humidity finally dropped around here after a thunderstorm rolled through, which was awesome, but it also brought cooler temperatures, down in the 60s at night.  Data collection went smoothly, but I couldn't stay out late for a second target because I had to be up early the next morning to work on a badge with one of my Girl Scouts.  Darn!

I went to go process the data, and discovered that somehow I had the gain set at 200 instead of the normal 139 (unity)??  So I had to throw the camera in the refrigerator again so that I could get it down to the -25C I needed to take some darks at (I could probably reach it from room temperature, but the only dark places in my house are closets, and it's a lot warmer in those than the rest of the house).

After stacking, stretching, denoising, and flattening, I combined the LRGB frames all together into a color image (I'll be making a blog post on this shortly now that I've got a pretty good feel for the process).  It's not as sharp as I wish it would be, but it's not bad! 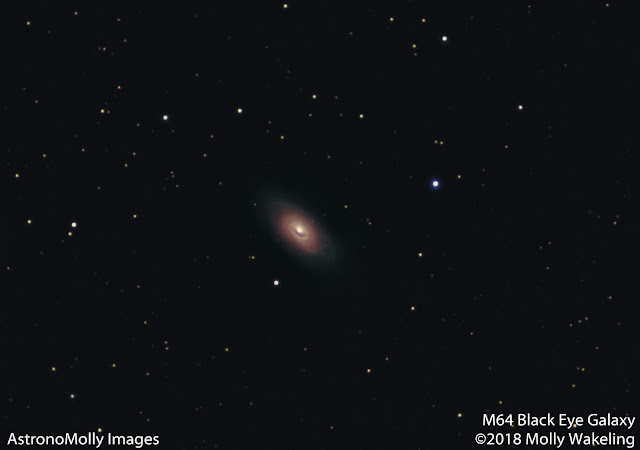 I learned while processing another image from the last week that you can denoise the RGB frames before combining them in order to reduce color noise later.  When it comes to LRGB stacking, the luminance frames are what gives you the sharpness and detail; the color frames don't need to have the sharpness nor resolution that the luminance frames do.  Your eye is much more attuned to changes in luminances than changes in chrominance.  Craig Stark, astrophotographer and software developer (the man behind apps PHD and Nebulosity) has a great presentation on some of the science behind astrophotography here, and in it he shows an example of an image where blurs chrominance and blurs luminance. 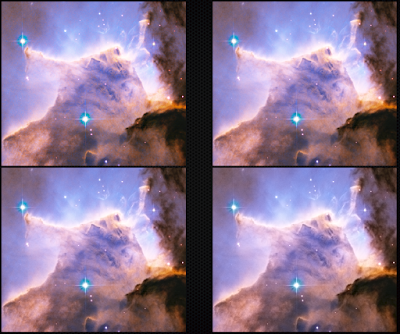 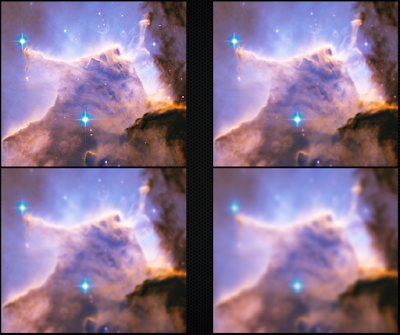 Because my color data is inherently higher in noise due to the fact that every frame is only collecting a fraction of the light (the specific band of wavelengths the red, green, or blue filter passes), and because I take fewer of them (Stark's presentation goes into why this is a good idea), I was getting a lot of color noise in my final image that was hard to get rid of without blurring the whole image.  But by denoising the red, green, and blue stacked images first before combining them, I was able to knock that noise down substantially without sacrificing the sharpness of the final image.

Getting better step by step!

Posted by AstronoMolly at 10:45 AM