Alignment went smoothly, after I re-attached the cable holders that got pushed off of the Styrofoam in the box that hold the Ethernet cables from the electronics pier to the mount – it was having some difficulty finding the switch position due to bad connections.  (RA wasn’t moving, and then RA was over-driving).  However, PHD would not talk to ASCOM, so it wouldn’t talk to my mount nor my QHY5.  I had a sneaking suspicion that this was caused by a recent Windows update, so I rolled back the update, and sure enough, PHD worked again.  (For the record, FireCapture worked just fine the whole time).  So I guess I won’t be updating my tablet for a while…So that lost me some time.   I finally started imaging around 10:30 PM.  I’d already gotten out there a half hour later than I wanted to, so I was rushing to get started.  The first object I did was the Helix Nebula – one that has long eluded me.  I’ve never seen even a hint of it at 30s or visually.  But a 5-minute exposure finally revealed it.  I took 15 of them, got 12 usable ones, and the stack came out great!  I also used the SkyGlow filter again. 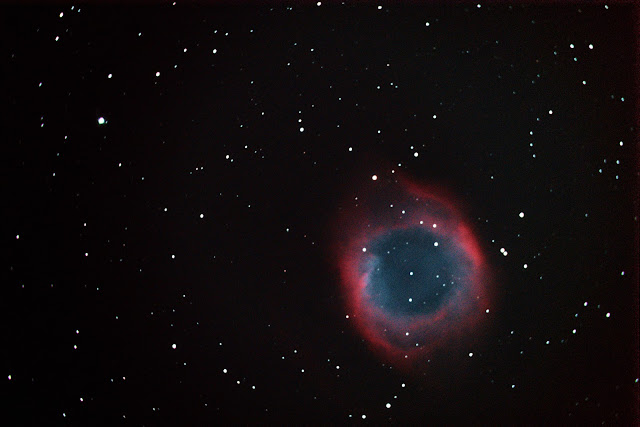 After Helix, I moved up to the Crescent Nebula, and after losing a few frames because I forgot to turn guiding back on after I did Precise GoTo, I took another 15 images on the Crescent Nebula.  I still wasn’t able to get any of the detail on the interior part, but you can see the bottom of the arc better with 5-minute subs.  I got 7 usable ones; guiding got unstable as time went on.  This was also taken with the SkyGlow filter.  It was pretty high altitude, which may have been why guiding was a little iffy. 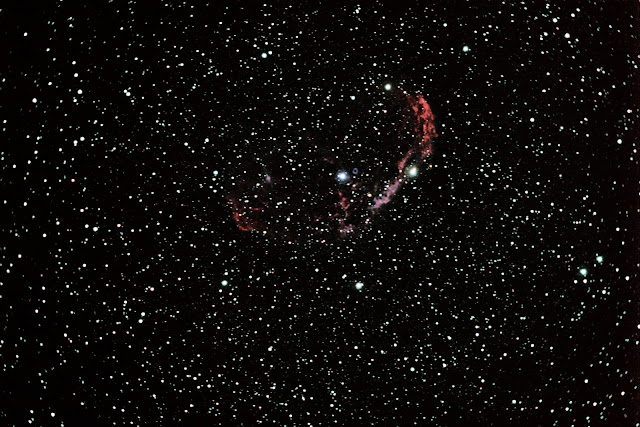 Overall, things went well.  I left at 2 AM because I had church to get to on Sunday morning, but I left it set up to return on Sunday night.

Table of Contents
Posted by AstronoMolly at 6:58 PM