Saturn is slowly descending into the west, and I’m still trying to capture it.  Since the sun is setting a little earlier these days (~7:40 PM), I decided to put the C8 in the car and drive the short distance to a spot I’ve had my eye on for a while – a little empty cul-de-sac just up the road.  It’s got a fantastic view of the western horizon, and the other directions are pretty good too.  It’s only useful for planets, though – there is too much light pollution around here, unless I shoot in narrowband or something.  I used my DSLR first, since it’s easier to set up.  The seeing was supposed to be 4/5, and it was, for like the first 45 minutes or so until Saturn started into get into the mushy part of the atmosphere.  I remembered after the first video that I can change my settings now – shutter speed and ISO – so I upped the ISO for the subsequent videos, but it was already getting pretty mushy.  Mars was higher, and it’s currently in the retrograde part of its motion, but it’s only 86% illuminated and it’s gotten pretty far away from us, so there wasn’t much to see there either, even with eyepiece projection.  Now that I can bump up the ISO though on my DSLR, I was able to image Saturn using eyepiece projection for the first time.  It didn’t come out that great, but it’s a proof-of-concept.  I also imaged Uranus and Neptune for the first time, stacking a couple 15s frames.  I looked at Uranus visually, and sure enough, there it was!  So cool to see.  It does indeed have a bluish tinge, and it’s bigger than a star.  I didn’t look at Neptune visually though, since I already had my camera set up on it for Uranus.


I also hooked up the QHY5, but by that point Saturn was all mushy, so the RGB videos didn’t come out that well. I’ll try stacking them when I feel like it. 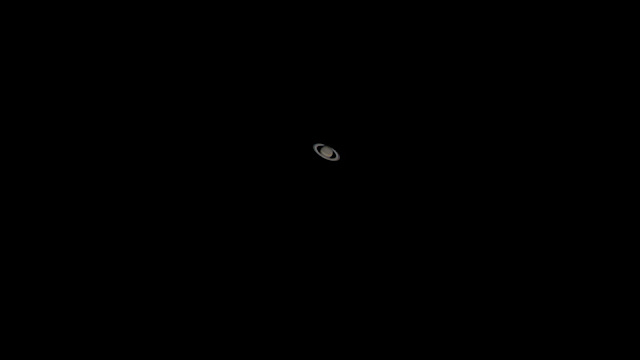 [The Mars image turned out rather terribly. I mean, it's not even worth posting to show how bad it is.] 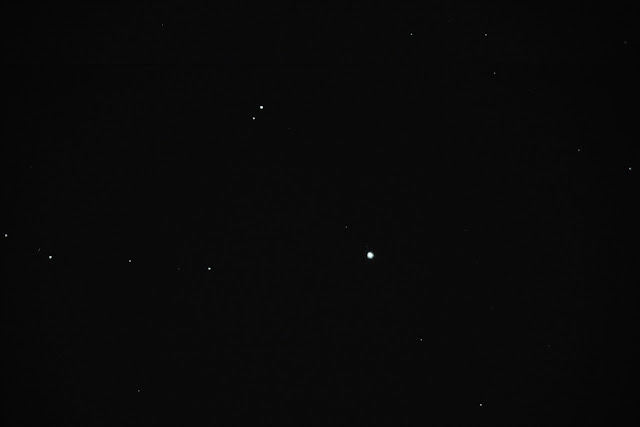 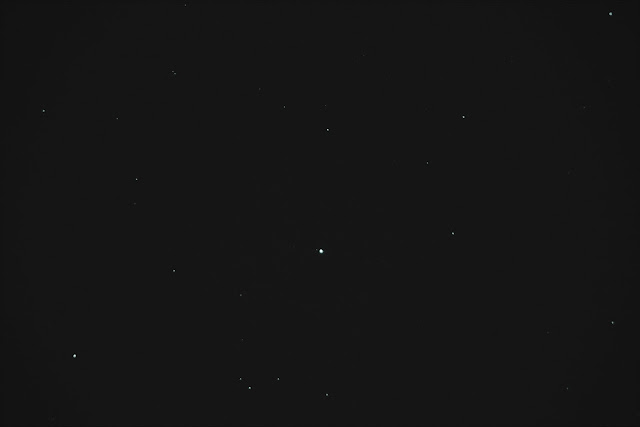 Table of Contents
Posted by AstronoMolly at 6:34 PM