Thanks to the Labor Day weekend, I had Monday off as well as Friday, so this was my fourth night in a row of astronomy.  The weather was insanely good – absolutely clear skies the entire weekend, not a cloud in sight.  The seeing was great on Friday and Saturday nights, and not too shabby the other nights.  It wasn’t quite as muggy as normal.  It was in the 60s at night, and 80s during the day.  We really couldn’t have asked for a better possible Labor Day weekend.  The sky owes it to me for a terrible rest of the summer!  I’ve barely been out at all! 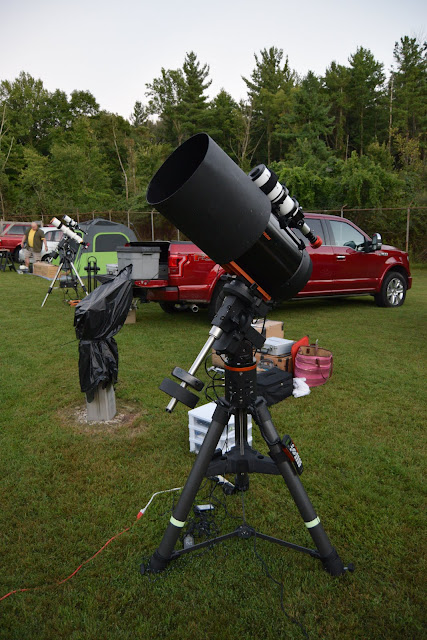 Before I left to go take care of my friend's cat and to process my pictures, someone pulled out the club’s solar scope (I didn’t know we had one!) and got it set up.  I tried to attach my DSLR to it, but it’s a little 80mm Lunt, and it didn’t have enough in-travel to focus.  So instead, I grabbed my smartphone adapter, and spent several minutes messing around with it until I finally got it in view and in focus.  I took several videos, as well as some still frames.  Unfortunately, all you can make out is some of the larger prominences, and none of the surface detail, to include the sun spots.  I’m told that the club has some DMK cameras I can borrow that are perfect for the sun, so I’ll have to try that next time I’m out there during the day. 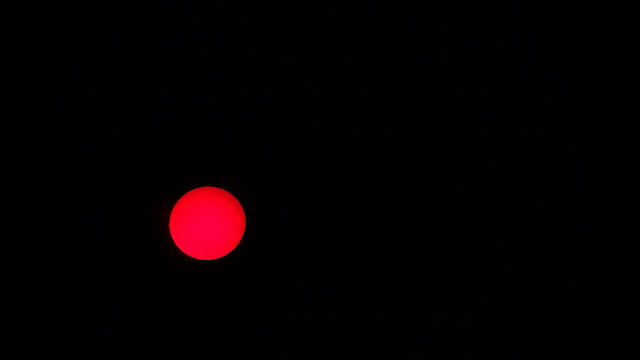 The sun in H-alpha, Samsung Galaxy S7, on my club's Lunt 80mm solar telescope
f/1.7, 1,1000s, ISO-80
I tried again in the evening, but just as I got my cell phone set up, the sun dipped behind the tallest tree branches.  But I saw an opportunity, and took it… 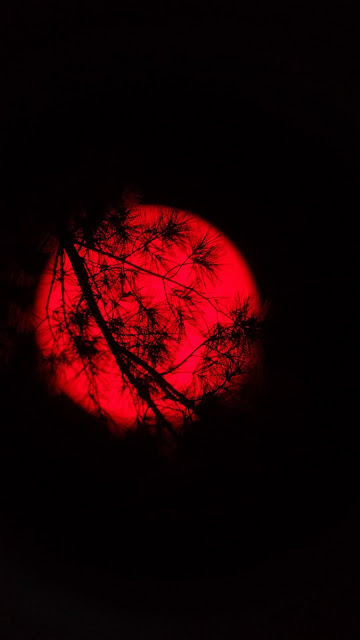 The sun in H-alpha, Samsung Galaxy S7, on my club's Lunt 80mm solar telescope
f/1.7, 1/500s, ISO-320
Now I have the most rad Halloween desktop ever!
As the sun was sinking, another interesting phenomenon happened – a very long sky-shadow cast by the sun! 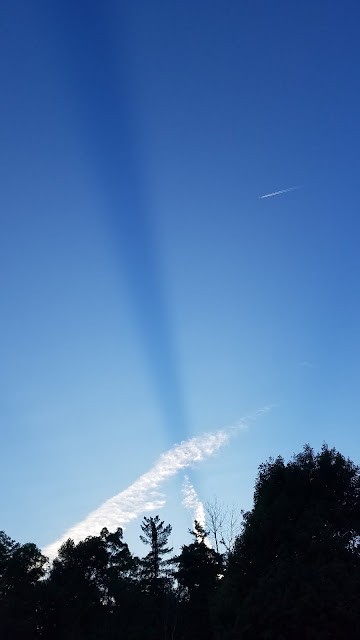 Also, the crescent moon was up, so I took some DSLR video.  Surprise surprise, I can actually set manual video settings now, like shutter speed and ISO!  This is going to be a huge help with planetary.  Maybe now I can get something useful of Mars, or Saturn through an eyepiece with a higher ISO. 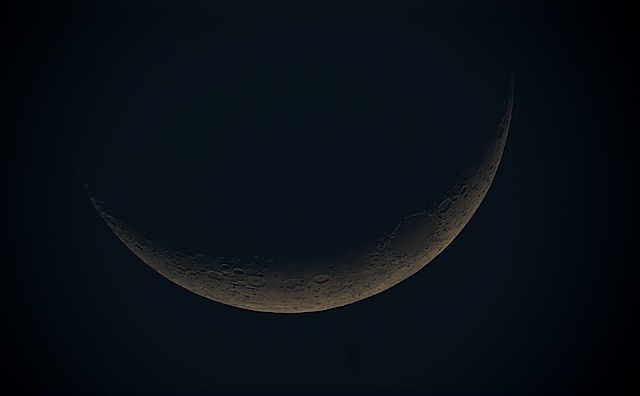 Moon, Nikon D5300 on my C11, f/6.3 focal reducer
10,274 frames stacked
Unknown ISO & shutter speed [I didn't realize at the time that that information is not in the metadata for video files.]
My first target of the night was the Dumbbell Nebula, since Miqaela was imaging it too on her finally-assembled astrophotography rig!  She wasn’t having much luck with her DSLR though, so she decided to try out the ZWO guide camera that John Chumack gave her.  I took some 5-minute subs on my rig, and HOLY COW did they turn out great!  In fact, they were so good, the stack turned out bad – it was over-exposed, something I did not know was even possible in astrophotography!  So I ‘stacked’ a single frame in DSS so I could do dark, bias, and flat processing.  Here are the two compared: 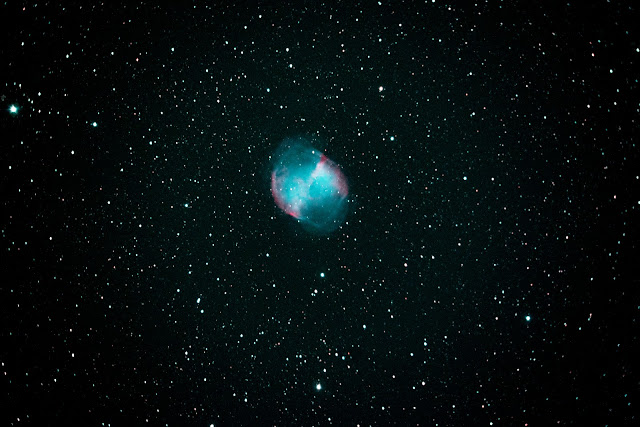 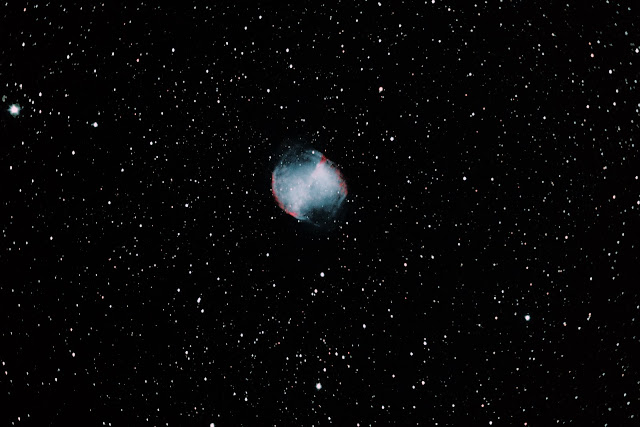 The colors got weird, and you can’t see the red X hardly at all, nor the dumbbell part.  The single frame is much better.  This one is definitely the winner of the weekend!
I was going to try imaging the Dumbbell with my QHY5 and filters to see how it’d do on a DSO, but FireCapture decided to stop talking to it (after it finally started working for Miqaela, of course, even though it had just been working on mine the previous night), so I put the DSLR back on and went to the Bubble and got more images.  I did only 5-minute subs instead of 10.  However, guiding wasn’t spectacular, so DSS will still only stack two, which turns out pretty noisy.
I set up SGP (Sequence Generator Pro) again, and figured out how to make it take raws, yay!  I put the ISO-3200, 300s darks first, since most of my images were at those settings.  I’ll have to get the rest, though, the next time it’s 65 degrees out, because the battery died again partway through.
Overall, it was truly a spectacular weekend.  I got guiding working, which was a huge win, and the weather couldn’t have been better (unless if it were dry, of course.  That would’ve been truly the best.  Thank goodness for dew heaters!)  I got a TON of images, and I’ve still got some processing yet to do.  Once I do a few more trips with this configuration, I’ll be ready to try something new – Phil Winchell has offered to let me use his SBIG ST-8300 anytime I wish, which is a really nice CCD camera.  I can’t wait!

Table of Contents
Posted by AstronoMolly at 6:24 PM