It was clear again on Tuesday night, so I set up the 8-inch in the front yard again.  The seeing wasn’t as good though, so my video stacks didn’t turn out quite as well.

I also had video of Saturn, which is up but dim, but my camera memory card malfunctioned and I lost them.  I also lost about 15 M82 images.  But I got most of the other videos copied over beforehand, thank goodness.  This is also why I use my tablet and back up images as I take them, including darks and biases – this is the second time this card has done that.  It decides that it’s no longer formatted properly.

All in all, great night, fantastic conditions!  Really truly amazing.  I showed some views of the planets to my downstairs neighbors. The husband had done some amateur astronomy with a smaller scope when he was younger, and knew a lot of stuff.  The view last night though, especially with my telescope, was better than he’d ever seen.  It was awesome to show Jupiter and Mars to them.  I didn’t realize Saturn was up until after they’d gone back inside, unfortunately. 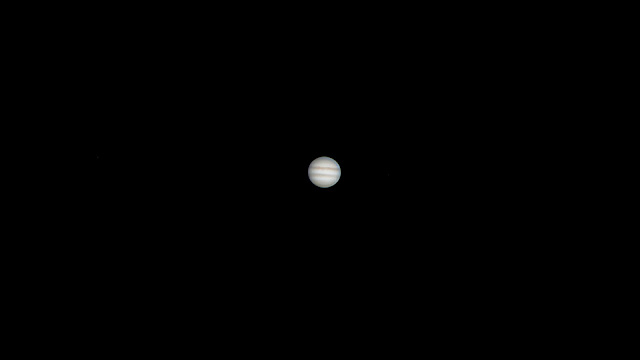 Jupiter, Nikon D3100 on my C8 - no acquisition notes, unfortunately.


The Moon didn’t come up until after 11:30 PM, so I decided to try another DSO, the Sombrero Galaxy, with the sky glow filter.  It came out okay, but a lot of the natural yellow was also filtered out by the filter. 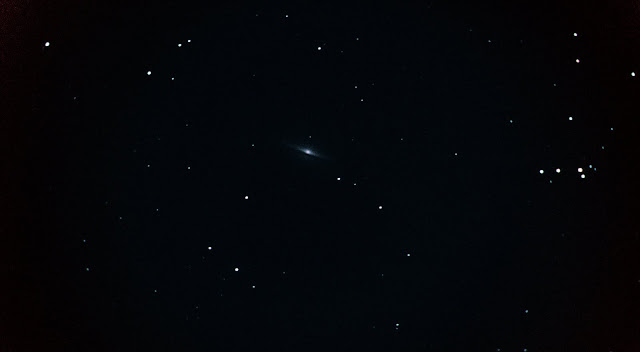 Since it was in the northern sky, drift was even worse than normal, so of the 82 pictures I took, only 23 passed my standard, and DSS took 21 of those.  So not a lot of light on it.  But, it goes to show that I can kind of do stuff still with the 8-inch even from my front yard under the right conditions.  Plus, people sometimes stop by to see what I’m up to, which is fun.  Although, three nights in a row was killer.  I was in super sleep-debt by the end of the week.