I got back from a middle school musical I was volunteering in the orchestra pit for (playing cello) after 9 PM, and the cloud forecast was sketchy, so I decided not to go all the way out to the state park with the big scope.  I noticed though that Jupiter and the Moon were both nice and high, and the moon was at first quarter, so I decided to set up the 8-inch on the front sidewalk.  I decided to try out eyepiece projection as well.  I put the 25mm eyepiece into the tele-extender, and it got me a nice close-up view of the Moon.  However, the length of the extender makes the camera very unstable, so closing the shutter makes all of the images blurred, and I can’t figure out how to use mirror lock-up on my camera.  [Neither my D3100 nor my D5300 support mirror lock-up for anything other cleaning the sensor].  So I took a few videos instead of different parts of the moon and stacked them in RegiStax. They came out great!  It couldn’t make it stable across the whole image, but they still came out quite well.  One of the astronomy club members pointed out to me on Facebook that I had captured an image of the Lunar X, a feature I hadn’t heard of before – for a few hours during the first quarter, the shadows on some of the craters make an X.  There is also a V nearby, but I didn’t have my camera looking at the right spot for it in any of the four videos I took. 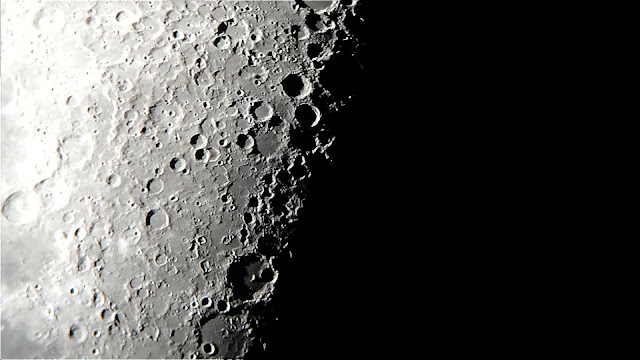 The "Lunar X" feature!  Taken with my Nikon D3100 on my C8, using eyepiece projection through a 25mm eyepiece.
2,936 frames from a 2m2s video, unsure of the ISO and shutter speed.
Buy on Zazzle 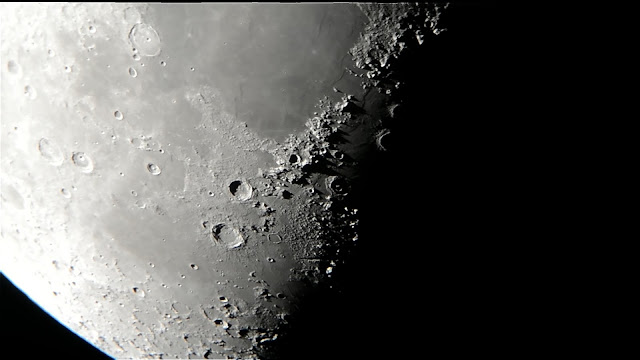 Another part of the moon. Nikon D3100 on my C8, eyepiece projection through a 25mm eyepiece.
3,344 frames from a 2m19s video, unsure of the ISO and shutter speed.
Buy on Zazzle

I had been wondering for a long time how some of the club members got such great close-ups of the moon because my attempts always turned out fuzzy, until I learned about RegiStax.  Even all of the individual frames on the videos look pretty bad.
I also tried some eyepiece projection for Jupiter, but just wasn’t getting much.  And I can’t control the amount of light that the video takes (the ISO) – or, at least, I don’t think I can.  I’ll have to play around with it.  You can’t see the moons because I took off the focal reducer so I could get a smaller FOV.  (In fact, in the image from trip 34, I actually combined the moons from a stack with increased brightness that made Jupiter too bright, but the moons visible, with one with decreased brightness where you could see Jupiter better). 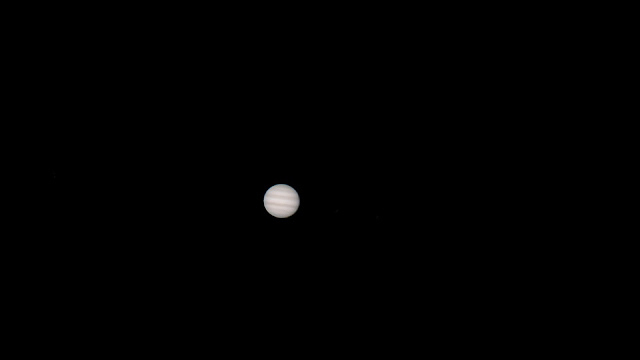 Jupiter, Nikon D3100 on my C8, eyepiece projection through a 25mm eyepiece.
Unsure on the number of frames that were used, as well as ISO and shutter speed of the video.

While I was imaging, three people came by throughout the evening who were curious, so I disconnected the camera and plugged in an eyepiece and showed them Jupiter and the moon.  I love sharing these amazing things with other people.  It’s fantastic!

Next post: A Super-Duper Primer of Astrophotography Part 6 - Stacking Tutorial

Posted by AstronoMolly at 3:18 PM