I attached my camera to the telescope and tried getting a photo of my first deep-sky object.  I focused the telescope with the camera attached using a nearby star, and then slewed to where the telescope thought the Lagoon Nebula was, and took a 1-minute exposure using the remote shutter, which worked like a charm.  I got a great photo on the first try! 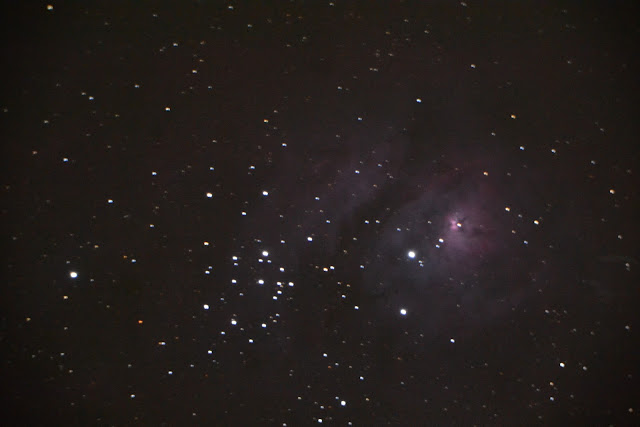 A little bit of jitter, but not bad, and you can see a decent amount of red light, despite the IR filter built into the camera.
[A note here: Modern consumer cameras are built to have as similar of a spectrum to the human eye as they can.  This means that green dominates, and transmission in the red and infrared wavelengths is severely limited, since we can't see IR and are not very sensitive to red.  This is a bane for astrophotography, since many things in the sky glow a brilliant, deep red!]

I tried taking some longer exposures, but there was too much noise.  I tried Andromeda next, but I couldn’t get a still one in the few tries I made, and all you could see was the bright center, no detail on the arms.  I also tried Bode’s nebula, but it wasn’t where the telescope slewed to.  I also tried the Eagle Nebula, but couldn’t get anything with that either.  Then I tried the Cat’s Eye nebula, and I didn’t think at first that it was in the frame, but later I looked at its apparent size – 0.4 x 0.3 arcmin – and realized that the large blue dot in the photo I took of that area was, in fact, the nebula. 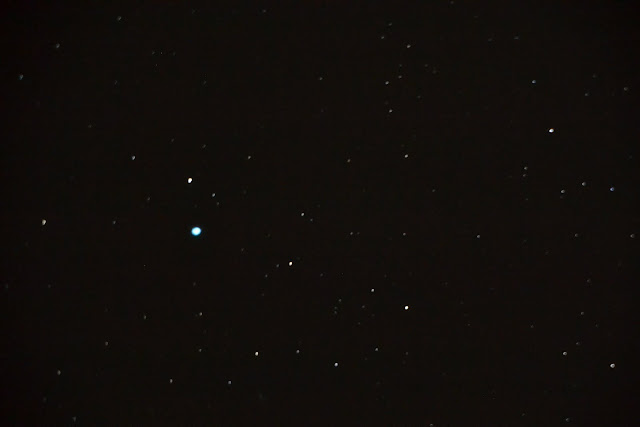 Last, I tried the Dumbbell Nebula, and was pleasantly surprised!  It is very dim in the 30-second exposure (the 1-min exposure had some jitter), but you can just make out its pretty blues and greens! 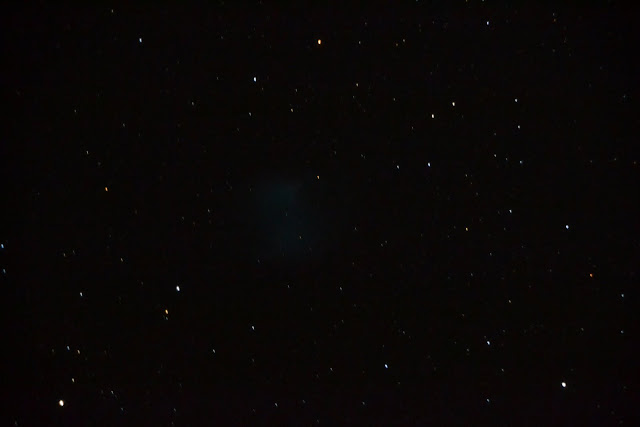 On top of the excitement of getting some images of deep-sky objects, the Perseids were exciting as well.  While we weren’t able to see nearly as many as predicted (40-60 per hour; we saw maybe 5 per hour), it was still really neat to see them, and some long-exposure shots of the sky revealed several more.  I learned from my friend Emily, whom I also brought along that night, that having a slower f/stop allowed me to take longer exposures without star trails, as long as 30 seconds with f/5.6.  This did require a higher ISO, though; I took some with 6400.  This made for some noisy pictures, especially with all the glow from the city. 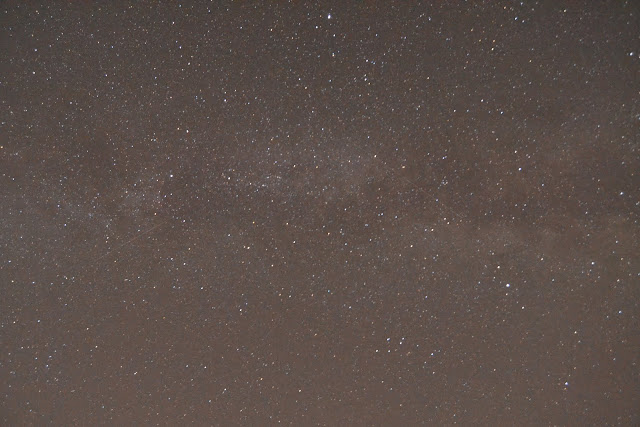 Tutorial: A Super-Duper Primer of Astrophotography Part 1 - My First Telescope

Posted by AstronoMolly at 7:08 PM