The moon was so bright that I barely needed my red headlamp.  It was blinding in the telescope without the neutral density filter, which we quickly put on.  I got some great pictures of the moon.  We also looked at:
I also took some 5-10 second exposures of the sky and trees with my camera on its tripod, and the moon was so bright that it looked like day but with stars.  The sky was blue and the trees green.  I even took a picture of my moonshadow.  I finally have a dew shield now for the telescope, and while there was still some dew on the corrector plate by the end of the night, it took much longer than usual.  We still had trouble with the telescope behaving erratically, though, so we didn’t get to look at much that we couldn’t find ourselves.

[I later learned that this seemingly erratic behavior - bad gotos, other issues - was because I was running the NexStar mount off of its internal AA batteries, which it runs down very quickly!] 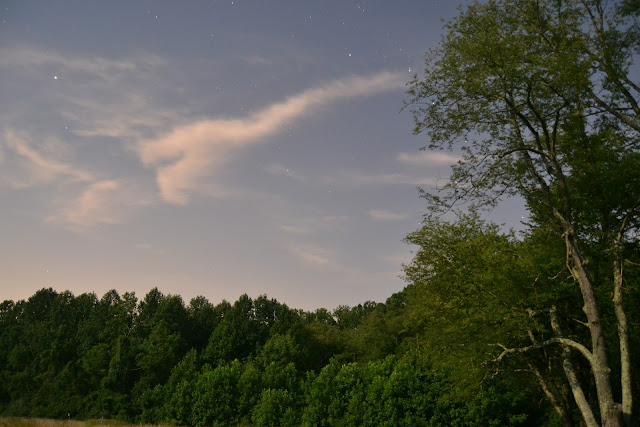 Posted by AstronoMolly at 6:40 PM