Lo and behold, we got a second clear-ish night.  There were a lot of high clouds, but I was kind of able to image some stuff.  We didn’t even check whether the gate was unlocked, since we didn’t want to have to leave early, so we set up in the new spot outside the observatory gate.  I read a little more on all-star polar alignment, and I guess I don’t have to align to Polaris first, I just have to be kinda close.  So I tried that this time, and the pictures still came out with little drift, especially because there was no wind at all.

I started with getting another 75 subs on the Black Eye Galaxy, although about 30 were accidentally 15s instead of 30s because I forgot to change the exposure time after lining up the shot.  I stacked it in various ways, combing the 15s and 30s, as well as combining with Saturday’s data.  I got some reasonable results.  The image below is only 15m15s total, shorter than another version I tried with 33m of data, but it came out clearer and with better color. 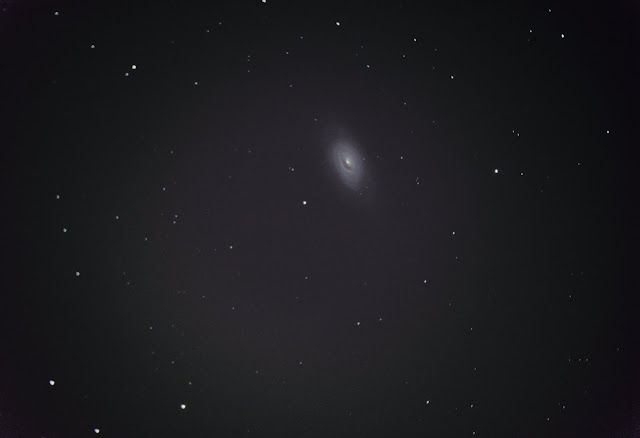 I started imaging the Needle Galaxy too, but it was behind some high clouds.  Then Uncle Chris messaged me one of his CCD images from the night before of galaxy pair M65 and M66, and I had to try!  It took me a bit to find them both in the same frame, but I finally did, and it was in a relatively clear patch of sky.  I took 70 images, but only 24 didn’t have too much cloud or drift.  When I stacked with the flats from Saturday, it came out super weird for some reason, like there are multiple rings, but this might be due to varying light levels with the clouds and the appearance of the moon or something.  So I’ll definitely image this again on the next night, since I need more data to get some good detail on those two galaxies. 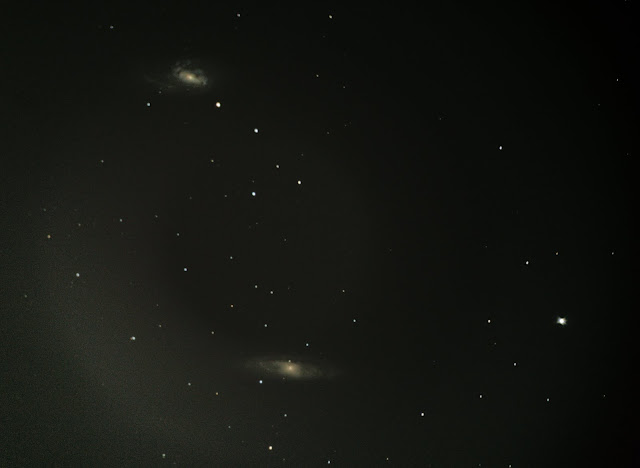 Posted by AstronoMolly at 2:27 PM