We set up this time on the road [it was a side road that I was sure no one would drive down in the middle of the night, since this was at the state park.] That made the leveling much easier, since it wasn’t sinking. I aligned the mount to Polaris, did a two-star align with two calibration stars, did the polar alignment procedure on the hand controller with Procyon, and then replaced the two alignment stars (I hadn’t figured out how to replace the calibration stars yet – I figured it out later in the night). The first two alignment star guesses were pretty far off, but it ended up working out anyway. I turned it to the Orion Nebula, and it was within the eyepiece, as was Jupiter, so the alignment seemed to be working. I tried a 30-second image of Orion – no drift! I tried a minute, and there was a little, but then again, I didn’t re-do the calibration stars. So I imaged the Orion Nebula with 30-second images, and the Whirlpool Galaxy too. What a difference the focal reducer and skyglow filter make in what I can see in an image! So on my fourth trip, I finally got this new telescope to work. And it seems very promising for imaging! They’re stacking now, but it’s 3 AM, and I need to go to bed.

They came out fantastic!! 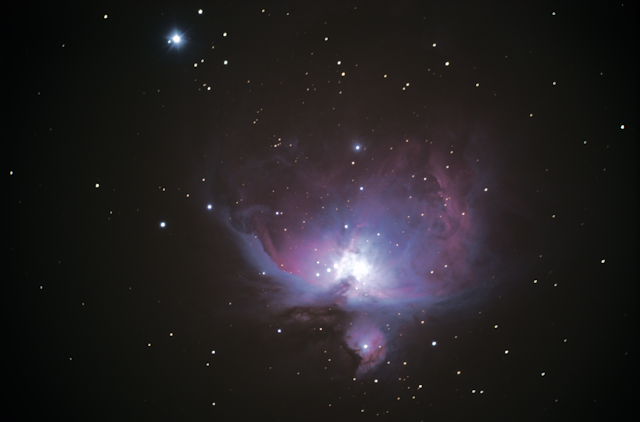 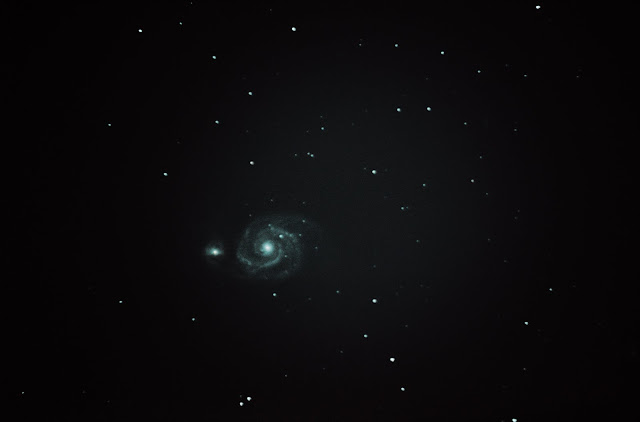 
f/6.3 focal reducer, Orion Skyglow filter
70x30s, no flat (had to use Super-pixel mode and 2x drizzle because the stars were a little stretched)

I had to not use the flats – since the telescope as at a different angle depending on where it’s pointing, and I rotate the camera so that it’s upright, flats taken in one position are not the same as flats taken in another. I’ll have to think about what to do about that.


Next tutorial: A Super-Duper Primer of Astrophotography Part 5 - Calibration Frames


Posted by AstronoMolly at 1:05 PM