I have arrived in Chile!  I will be here for two weeks for the July 2 solar eclipse, as well as some dark desert southern sky astronomy!

On our second night at the hotel, the sky had cleared out, so we went to the parking lot (moving slowly so as not to trigger the motion-detector floodlights) with my binoculars, and got ourselves oriented with the southern sky.  Earlier that day, we watched the sun cross over the north instead of the south -- super weird!

We spotted a lot of stuff, even from fairly-light-polluted La Serena.  We first noticed the Southern Cross and the bright Centaurus constellation stars of Rigil Kentaurus and Hadar, and then we saw some fuzzy splotches that we investigated with the binoculars.  We saw the Jewel Box Cluster, the Eta Carinae nebula, and the Southern Pleiades cluster, as well as the southerly constellations Lupus, Pavo, and Volans.  Eta Carinae was easily discernible in binoculars, even with the light pollution, which was really cool.  The two clusters were really pretty -- can't wait to see them with a big juicy Dob out in the desert!  Then we looked more northward to find our familiar constellations and stars.  Scorpius was on its side, and it took us a few minutes to spot the sideways Teapot asterism of Sagittarius!  Jupiter was up much higher as well.  Arcturus was in the north, with Spica sitting well above instead of below it.  It was so weird, and so cool! 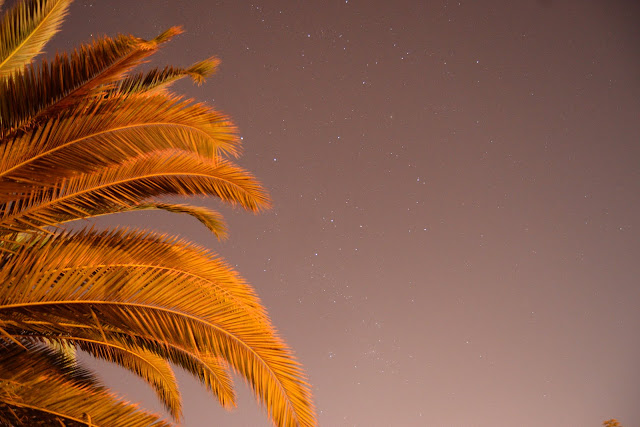 The Southern Cross, Centaurus, and Lupus behind a palm tree at the hotel 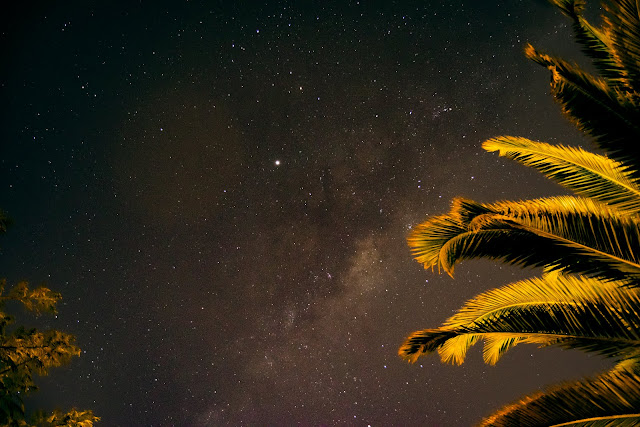 Table of Contents
Posted by AstronoMolly at 10:57 AM