Since it was the last night of the Texas Star Party, I needed to pack up that evening so we could take off in the morning for the long drive back.  However, I decided to grab at least a little more data – you know I can’t resist.  The ISS was scheduled to make a twilight pass near the crescent Moon, so I went to SkySafari to figure out how far away, and then decided to use the 55-200mm lens on the D3200 piggybacked on the Borg.  I grabbed several frames as it moved across, and then also some nice ones of the earthshine as well.  I took some videos on the C11 too, but haven’t processed them. 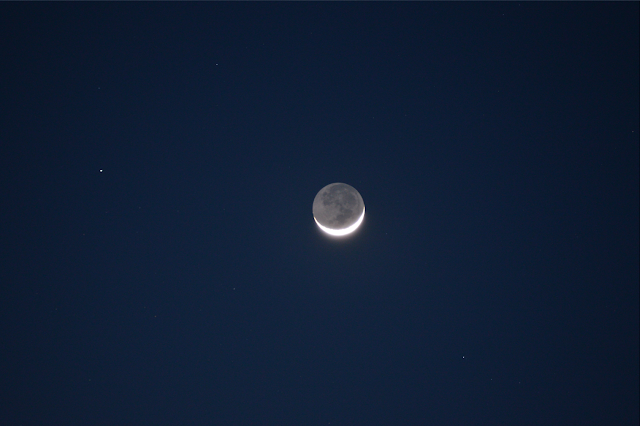 I made a GIF of the ISS pass (and I think I've figured out how to control the frame rate now):

What a great trip!  I was glad to spend some time with Melody, and I got some absolutely incredible images.  I imaged 22 separate targets that week, we had clear nights nearly the entire week, I met some awesome people, and had a nice relaxing time out in the middle of West Texas.  I’m so glad I went!  And I’m definitely going to plan on going next year, this time with Miqaela!

Table of Contents
Posted by AstronoMolly at 9:10 AM