The forecast promised another clear, moonless night, but I also had an astronomy outreach event that night at the local museum where our club meets, so I brought my camera gear in the car and headed out to the observatory right after.  Well, almost right after - I always end up chatting with people for a while!  I got out there around 9:15 PM and got set up.  Kind of late, but hey, it's a Friday night, so I can sleep in the next morning.

I decided since it was going to be a short night to image with my DSLR.  I also wanted to see how processing the Pacman Nebula went so I could adjust exposure times if needed.  I didn't get to image the Christmas Tree Cluster/Cone Nebula region (NGC 2264) last winter, so I'm hoping to get a good image of it this winter!

After getting the field of view where I wanted it for the image (which took some effort since I couldn't see much of the nebula with all of the light pollution in the subframes), I hunkered down inside the warm room for a while.  My USB thermometer reported the temperature inside the dome as 29 degrees F, which felt quite warm after the single digits and teens we've been having, but there was a pretty stiff breeze.  I only opened the slit as far as I needed to to try and keep the wind out while I was in there.  After 20 minutes, I went to check on my images - everything was good.  After another 40 minutes, I went to check on things, and some thin, high clouds had rolled in!  I went back inside for another half hour to see if they would clear, but it only got worse, so I packed up and went home around 11:30 PM. 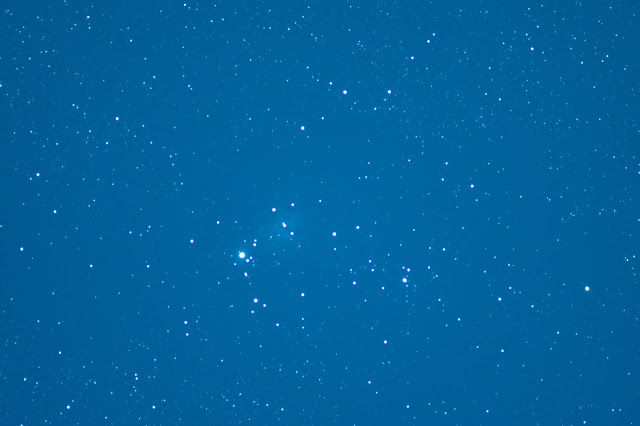 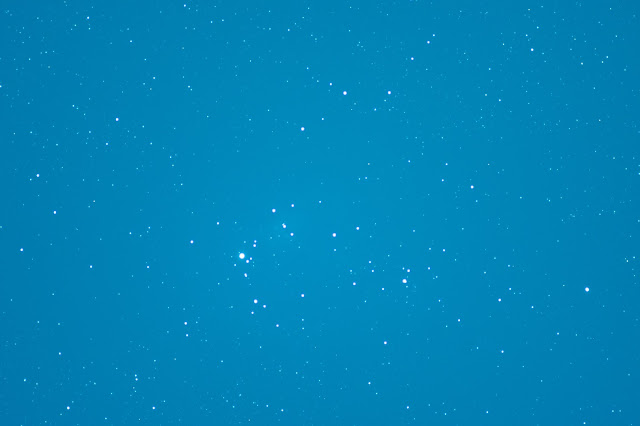 Same, but with some thin, high clouds

I have found that it is much easier to see when clouds are in the picture on my DSLR images than my CCD images so far.

One more thing I want to note is that if you look at the top image, you can see the mag 4.7 star 15 Monocerotis (this nebula is in the constellation Monoceros, "the unicorn," which is just east of Orion), which is the star I used to center the image where I wanted it.  Orientation can be hard to figure out between my cell phone app SkySafari and the camera's field of view, but luckily I could make out a brighter part of the nebula, so then I was able to adjust the position of 15 Mon to be far enough over that I would also catch the Cone Nebula.

If I rotate my phone (with auto-rotate turned off) to horizontal and then with the bottom up another 20 degrees or so, then it lines up with the image on my camera (judging by the star 15 Mon and the brightish section of nebula right next to it that you can see in the subframe.)

Looks like I'll just have to try again later...darn clouds!

Posted by AstronoMolly at 1:37 PM