I did go ahead and get that CLS filter, from Astronomik.  Color balancing is easy on nebulae, but hard still on galaxies.  I will have to work on that one.
The evening started off rough – Jim did some adjustment on the polar alignment, which appears to have made it worse.  I couldn’t even do 45 seconds unguided without streaking.  I tried again with my QHY5 guide camera, but I didn’t quite have enough backfocus on the guide scope.  So I took a bunch of short exposures on the Flame and Horsehead Nebulae, but then Jim on Facebook suggested I use a star diagonal for the extra length.  It worked!  Soon I was up and guiding.  This was after some guests I brought had left – so I was running in and out of the dome before, trying to show them stuff.  Luckily, the three other club members were there, who were happy to share their views in the big Dob owned by the club.  My guests, a father-son duo, I met by club member Phil, who arranged an interview from the son to me about differences between refractors and reflectors for his middle school science fair project.

Once I got guiding going, things went great from there!  I imaged the Flame and Horsehead Nebulae, and then M81 and M82.  They came out great! 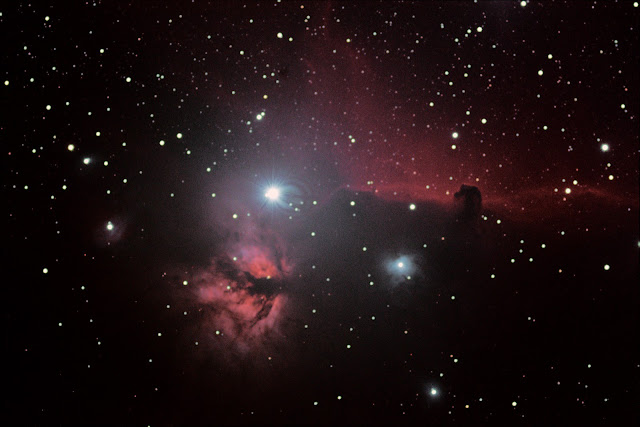 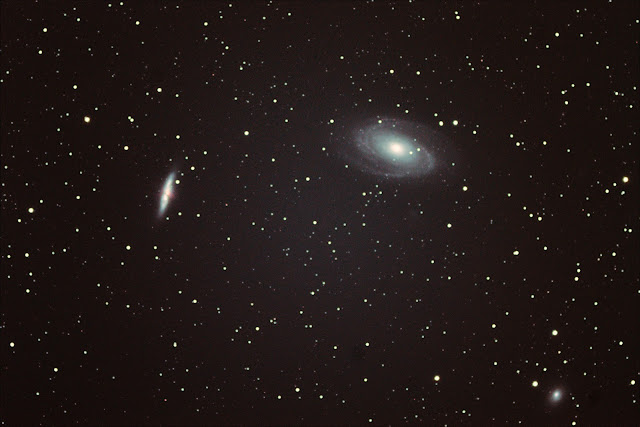 I still can’t quite get the memorial scope to do a proper alignment, so I just sync on a nearby star and then guide.  That seems to work great.  I haven’t tested how long it will guide for yet.  At least 5 minutes with still very nice stars.  I was out until 2:30 AM!  So glad to finally have some clear weather.

Posted by AstronoMolly at 5:26 PM