HOLY SWEET GOODNESS last night was insanely clear!  One of the few times I’ve seen ClearDarkSky rate conditions as “excellent.”  I didn’t go out to the state park because I didn’t want to stay out late again, so I set up the 8-inch in the front yard to try and take some pictures of Jupiter and Mars.  They were so clear that for Jupiter, I put on my highest magnification eyepiece – 6mm – and could still resolve the image.  It was crazy!  So I put the 13mm eyepiece into the eyepiece projection tube and took images of Jupiter and Mars with it.  I was able to see some large surface detail on Mars, which was still relatively fuzzy, but Jupiter came out amazing.  Also, the Great Red Spot showed its face!  I don’t think I’ve actually seen it before. 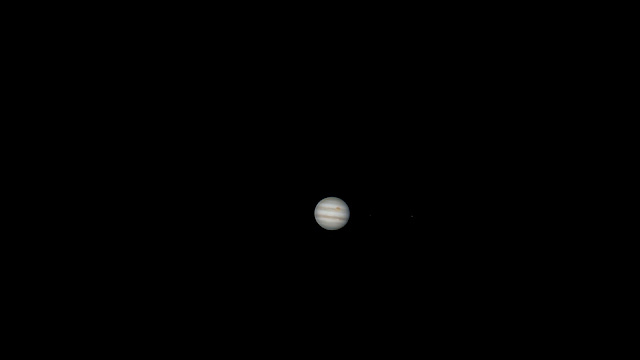 Jupiter and the Great Red Spot, Nikon D3100 on my C8, 13mm eyepiece projection.
3,747 frames, unsure of ISO and shutter speed, from 3m1s video
Sooooo much better!  It was truly mindblowing to see, and to watch my camera take the video.  I could hardly contain myself.  (I did jump up and down a little bit). 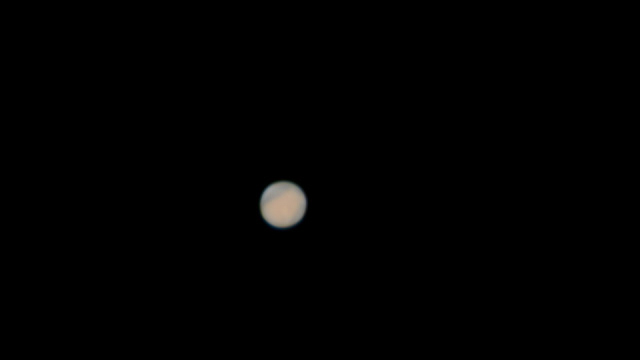 So awesome!  The high magnification of the eyepiece automatically darkens the image, so I didn’t have any ISO problems.  These came out spectacularly.  I’ll tell you what though, it was hard finding the planets with the eyepiece projector attached, since the FOV is so small.  I would put the star diagonal and 25mm eyepiece back on and center it as perfectly as I could, then put the 6mm eyepiece in and center it, and then attach the camera without the star diagonal and still have to hunt around a bit and take out the slack in the gear so it would stay in view.  It took some real effort.
Since the conditions were so good, and the moon didn’t come up till after 11:45, and I was still outside, I decided to try a DSO.  The moon was in the southeast, so I picked an object more northerly, and one not blocked by the apartments or the nearby tree, and one that was bright: M82, the Cigar Galaxy.  There’s a lot of background city light in it, but using the light curve editing in GIMP I was mostly able to eliminate it.  I should try the skyglow filter next time. 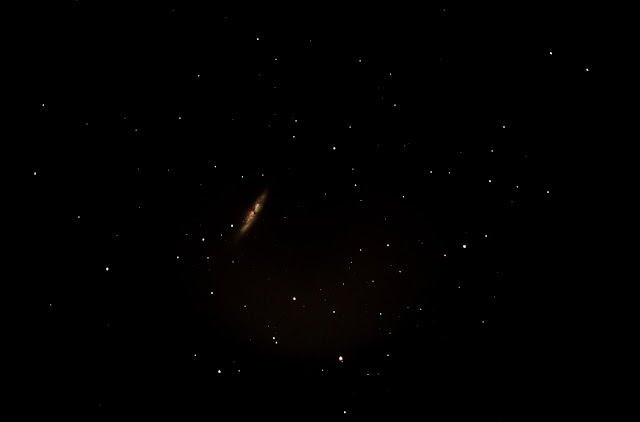 Really not bad for my front yard!  The focal reducer makes a big difference for reducing the appearance of drift and increasing the amount of light gathered.  I was able to keep some 85% of the subs, and there weren’t any egregiously terrible ones, despite the fact that goto was not amazing and I was fighting drift with the planets.  This opens up a whole new era.  And I can see a lot of the southern, eastern, and northern sky from my front yard.

Posted by AstronoMolly at 4:16 PM